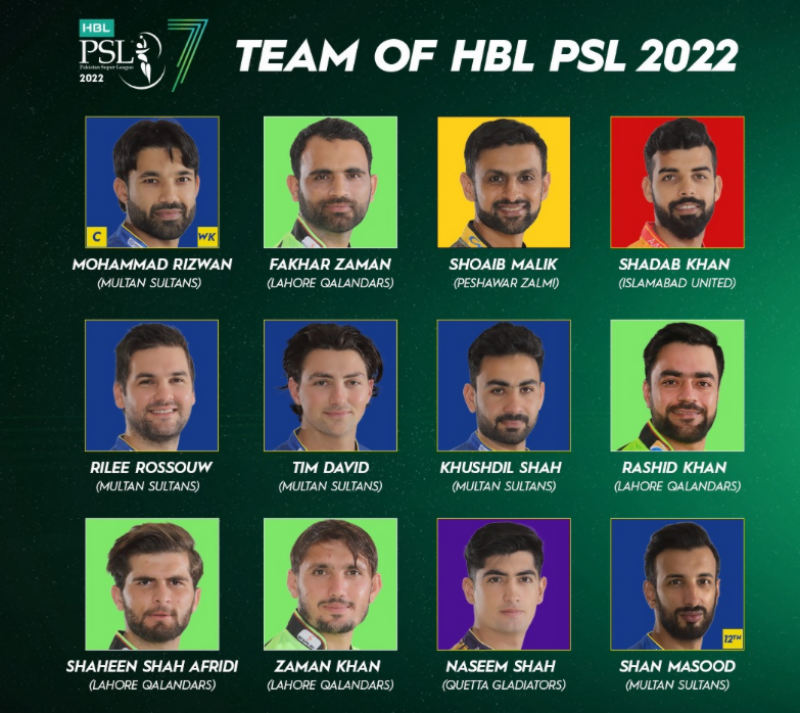 Captain of PSL7 runner-up team Mohammad Rizwan has been named as the captain of the team.

The team of the tournament has been picked by the distinguished members of the commentary team.

Rilee Rossouw, Tim David and Khushdil Shah of Sultans made it to the team.

Four players of Lahore Qalandars, who bagged their maiden title over the Sultans on Sunday, named in the team including skipper Shaheen Shah Afridi Fakhar Zaman, Rashid Khan, and Zaman Khan.