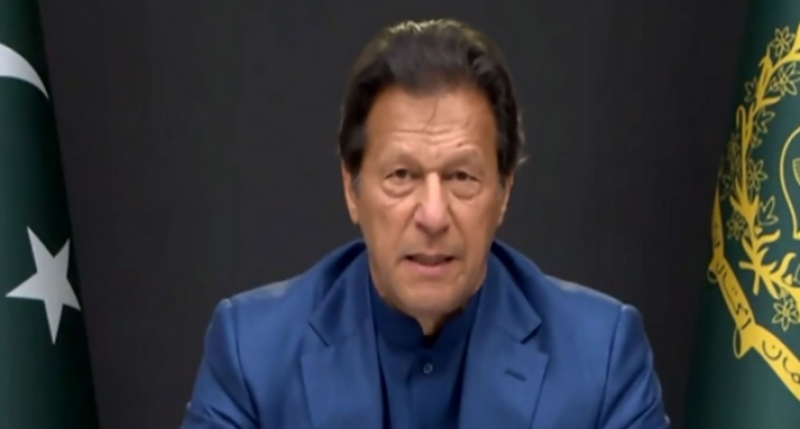 Islamabad (Web Desk): Prime Minister Imran Khan on on Monday announced to reduce the prices of petrol and diesel by Rs10 per litre and electricity price by Rs5 per unit.

In his address to the nation, the premier said that the government will not increase the prices of petroleum products till next budget.

The prime minister also announced to award internship to all jobless graduates worth Rs30,000 per month. He said 26,000 scholarships, costing Rs38 billion will be given to students.

He reiterated that the IT sector, which included companies and freelancers, had been exempted from paying taxes, adding that they would also not face any restrictions on foreign exchange. Further, IT startups no longer have to pay capital gains tax, he said.

Talking about industries, the prime minister said that anyone wishing to set up an industry in Pakistan or invest would not be "asked any questions". He said that he would announce a complete package for this sector later.

Moreover, overseas Pakistanis who invest in industries or carry out a joint venture will be exempt from tax for the next five years, he said.

Imran Khan said he believes in an independent policy in the best interest of the people of Pakistan.

PM Imran said since he began politics, he wanted a sovereign policy for Pakistan, which was not dependent on any other state and was solely for the country's benefit.

Citing an example of a foreign policy that is dependent on other countries' interests, he noted Pakistan supported the United States in its "war on terror" that resulted in several casualties on home soil.

"I was against this war since day one. No Pakistani was involved in the 9/11 attacks," the prime minister said, noting that when Pakistan partook in the Afghan war earlier, it was termed as "jihad", but when the US invaded Afghanistan, Washington said it was going into Kabul to defeat terrorism.

PM Imran Khan said Pakistan suffered heavily, in terms of human lives and capital. "As many as 80,000 Pakistanis were martyred, 3.5 million people were displaced, and the country suffered losses worth $150 billion."

The premier slammed the US for bombing Pakistan despite Islamabad being part of the war on terror. He said that dictators were known for accepting foreign pressure to gain acceptability.

PM Imran said his recent visits to China and Russia will have far reaching impact on country's economy.

"We are going to import two million tons of wheat and gas from Russia, while we have better understanding on the second phase of China-Pakistan Economic Corridor (CPEC)," the premier said.

While defending the Prevention of Electronic Crimes (PECA) law, PM Imran said that it was enacted in 2016, and the incumbent government of Pakistan Tehreek-e-Insaf (PTI) had only made amendments to it.

He said that a leader of a country who was not corrupt or had not broken the law would never be in danger from a free media.

The prime minister said a "majority" of news stories being published and aired in the mainstream media were anti-government. He added that the government aimed at tackling social media through PECA.

He said some journalists resorted to mudslinging when it came to the Shaukat Khanum Memorial Hospital, accusing that the funds raised by the hospital were used to fund the PTI.

PM Imran said that there are journalists who accept bribe and publish filth against the the government. He stressed that the type of news stories published in Pakistani media cannot be "reported in any other democracy of the world".

"Good journalism is an asset for society and only criticism helps governments improve, but resorting to mudslinging and saying filthy things about women should be controlled", the premier added.

Earlier, in the day, Federal Minister for Defence Pervez Khattak had stated that Prime Minister Imran Khan will announce a reduction in petroleum and energy prices.

The minister had said that PM Imran, in his address to the nation, will announce Rs10 reduction in petroleum prices, and Rs5 cut per unit in the electricity rates, along with several other measures.