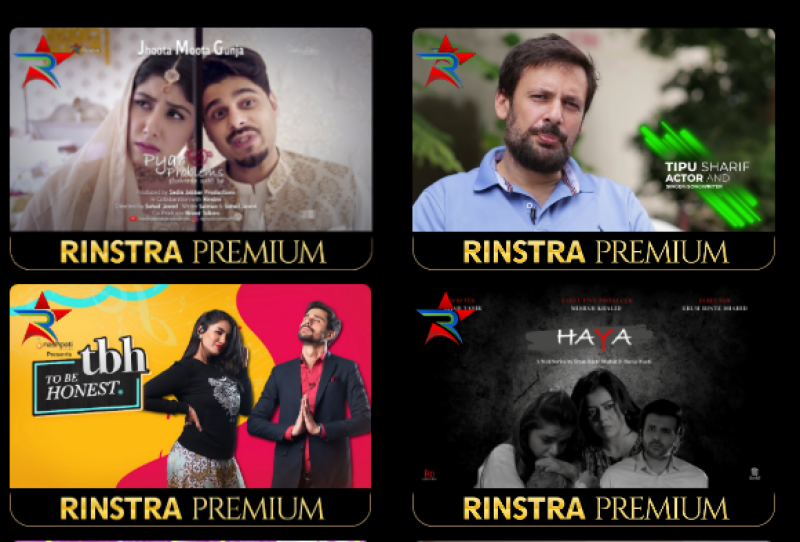 Islamabad (PR): Pakistani Startup, RINSTRA valued at $ 20 million, has potential to become one of the fastest growing companies in the digital world.

Pakistan has more than 76 million internet users and 37 million active social media accounts is one of the biggest opportunities of growth in the economy. With mobile internet rates giving maximum value to the customers has been the sole entertainment instrument for the masses. However, lack of indigenous platforms that can push native flavored content is one of the biggest missing links for Pakistani content creators.

RINSTRA has emerged as one of the most attractive initiatives in Pakistan in the Media Tech scene in the country. While all other applications and platforms are offering simple streaming of the news and entertainment channels with a few offering videos on demand (VOD), RINSTRA went ahead and opened doors for Pakistani content creators. RINSTRA has not only became Pakistan’s first user generated platform, it also started commissioning content with not only the established names like Haseena Moin and Mehreen Jabbar but also gave opportunities to young film makers to create content on diverse topics.

RINSTRA was floated as an idea at the DICE Foundation, USA’s annual meeting, where committed Pakistanis in North America and Europe felt the need to start a digital platform that can create opportunity for Pakistani storytellers to have Pakistan’s narrative in the global content stream. The slogan to start RINSTRA was set as “Our Story Our Way”. The proof of concept was approved and an initial seed money of almost $500,000 was invested to create RINSTRA, with the funding from American Pakistani diaspora.

The Series A investment is planned for a $ 2 million, being planned for funding from investors with Pakistani origin. RINSTRA has been valued at $20million on the basis of project industry trends in valuation of similar businesses in emerging and frontier markets.