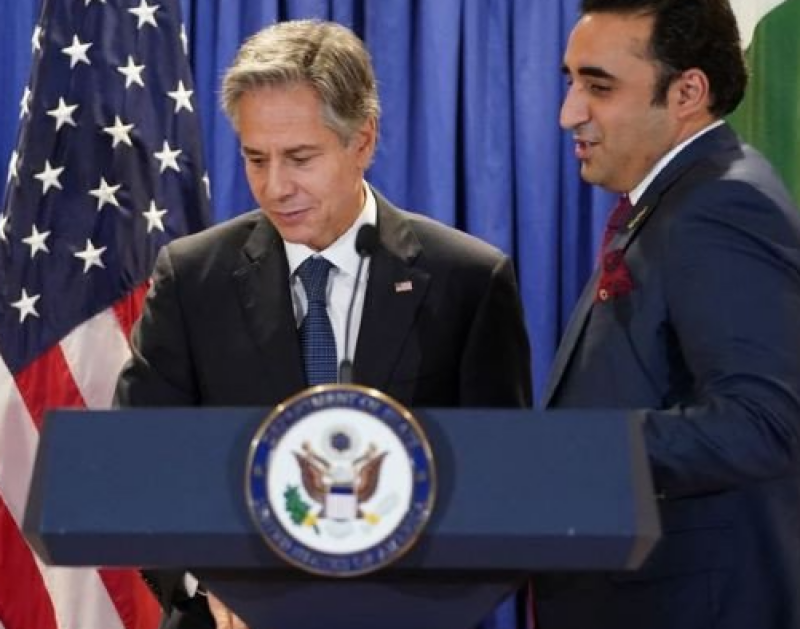 Washington (Web Desk): Pakistan’s Foreign Minister Bilawal Bhutto-Zardari on Tuesday urged the United States and China to set aside their differences and work together for improving global climate.

Pakistan was caught in a diplomatic spat between Washington and Beijing after US Secretary of State Antony Blinken called Islamabad to seek debt relief from its close partner Beijing.

“We send a simple message. We are here for Pakistan, just as we were during past natural disasters, looking ahead to rebuild,” Blinken said in a joint media briefing with his Pakistani counterpart a day earlier.

“I also urged our colleagues to engage China on some of the important issues of debt relief and restructuring so that Pakistan can more quickly recover from the floods,” he added.

Chinese Foreign Ministry spokesperson Wang Wenbin addressed the issue, saying that Beijing was already providing assistance for the flood victims and would also help rebuild thousands of homes in the affected areas.

He urged other nations to also do “something real and beneficial, instead of passing unwarranted criticism against China-Pakistan cooperation.” The Chinese government provided RMB 400 million worth of humanitarian assistance to Pakistan while China’s civil society is also “lending a hand,” he said.

Responding to another query, Bilawal said India did not offer us any help in connection with flood relief, nor does Pakistan expect it. However, Islamabad seeks constructive relations with its neighbours, he said.