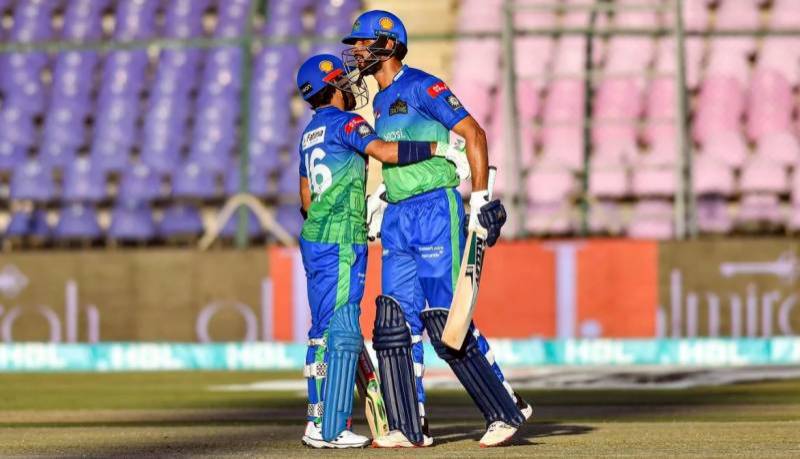 Multan Sultans won the toss and decided to field first against Lahore Qalandars.

Lahore Qalandars openers Fakhar Zaman scored 76 runs on 35 balls and caught by Imran Khan while Abdullah Shafiq scored 24 runs on 22 balls and got out.

Mohammad Hafeez could score 16 runs on 12 balls. Kamran Ghulam was also sent back to pavilion by David Willey after hitting 43 runs on 31 balls.

Shahnawaz Dahani claimed the wicket of Ben Dunk on the first ball of last over of the inning.

David Wiese and Rashid Khan remained not out and concluded the inning for Lahore Qalandars at 206/5.

The Sultan's needed 16 from six to win against the Qalandars and reach the 207-run target. And that's when Khushdil charged and punished pacer Haris Rauf.

The groundwork had already been laid by skipper Mohammad Rizwan and Shan Masood as they smashed unbeaten half-centuries.

Rizwan played a captain's knock as he scored 69 off 42 balls, while Khushdil, who played sensationally with the ball.

The Multan Sultans have played their second match today under the captaincy of star cricketer Muhammad Rizwan while Lahore Qalandars played their first match of the tournament with Shaheen Shah Afridi as their captain.