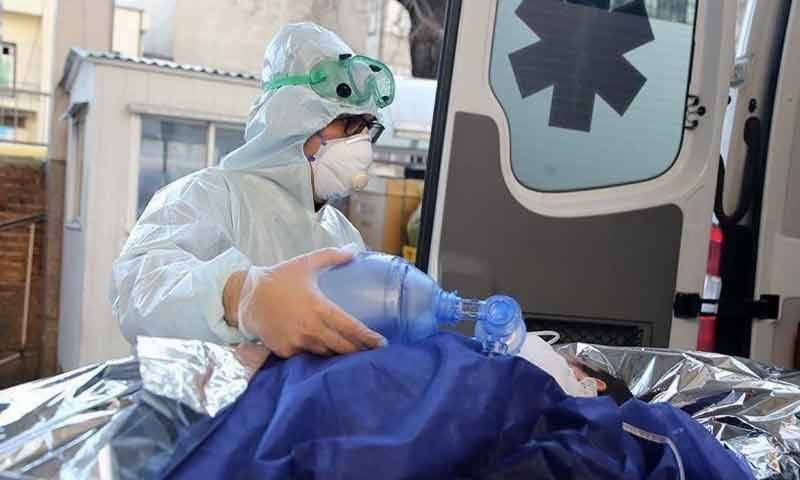 Lahore (Web Desk): Four doctors from major cities of the country died from COVID-19 during the last 24 hours.

According to details, three doctors Sana Fatima and Dr Naeem Akhtar lost their lives in Lahore while a doctor died in Peshawar.

Dr Sana Fatima was an FCPS doctor while Salman Tahir was an MBBS 4th year student.

Sana had been undergoing treatment in the ICU of a private hospital since May 20 but could not recover from the deadly virus.

Dr Naeem Akhtar, who hailed from Gujranwala, also died due to coronavirus at Services Hospital in Lahore. He was a psychologist at the Lahore’s Social Security Hospital.

The Young Doctors Association (YDA) said that several doctors are in self-quarantine at their homes and as a result, pose a threat to their families.

Regarding the fears, the YDA has demanded that a separate ward be set up for doctors in hospitals to save their families from the infection.

Meanwhile, Special Assistant the Prime Minister (SAPM) on National Health Services Dr Zafar Mirza on Friday urged people not to let their guard down against coronavirus, as the number of cases and deaths could increase in the country in coming days.

The SAPM said that a record 2,636 cases of COVID-19 were reported in the last 24 hours which is the highest number recorded in a day, so far.

Dr Mirza warned that a gradual rise is being witnessed in the number of deaths.

The SAPM added that is the maximum number of deaths reported yet.