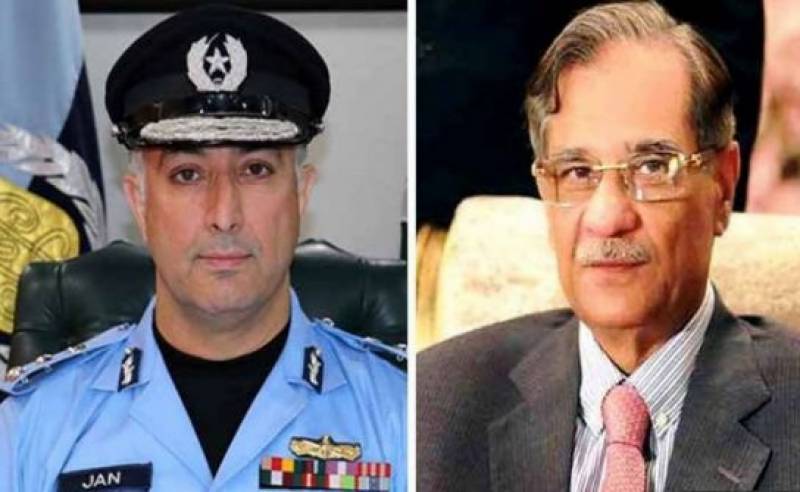 Taking the suo moto notice, the CJP Nisar summoned the attorney general and secretary defence to clarify their position regarding the transfer.

On Sunday, the IGP Islamabad Jan Muhammad was transferred allegedly for refusing to attend the call of federal minister for science and technology Azam Sawati.