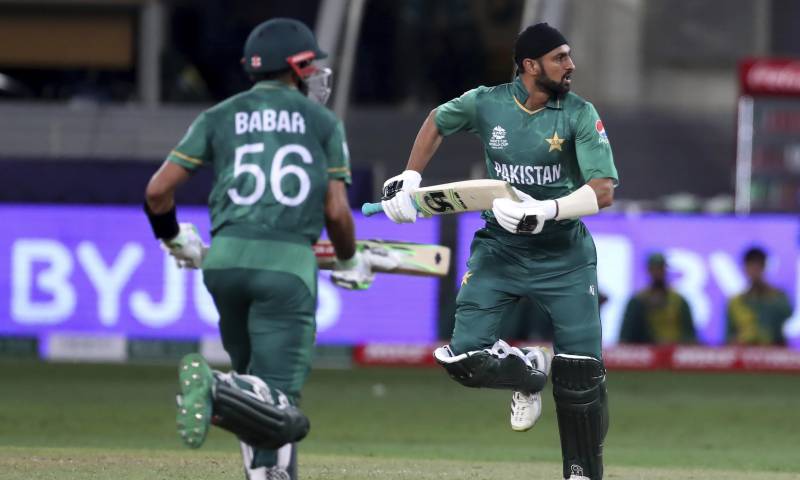 Dubai (Web Desk):Asif launched four clean sixes off Karim Janat in the 19th over, and ended the tense game with an over to spare to win T20 clash with Afghanistan in the ongoing T20 World Cup 2021 at the Dubai International Stadium on Friday.

Afghanistan made a remarkable recovery after being reduced to 76 for 6 to post a competitive 147 for 6 in 20 overs after Afghanistan skipper Mohammad Nabi won the toss and opted to bat against Pakistan.

Pakistan have been the unstoppable force in the tournament so far with dominating wins over India and New Zealand. Suddenly, they are touted as the favourites to win the trophy.

On the other side, Afghanistan also started their campaign with a mammoth win over Scotland.

The match will be played at the Dubai International Cricket Stadium, where the Pakistan team have stamped their domination so far by beating India there by 10 wickets. Both teams have a rich experience of playing in the UAE condition and it is going to be a battle between Pakistan pacers and Afghanistan spinners.