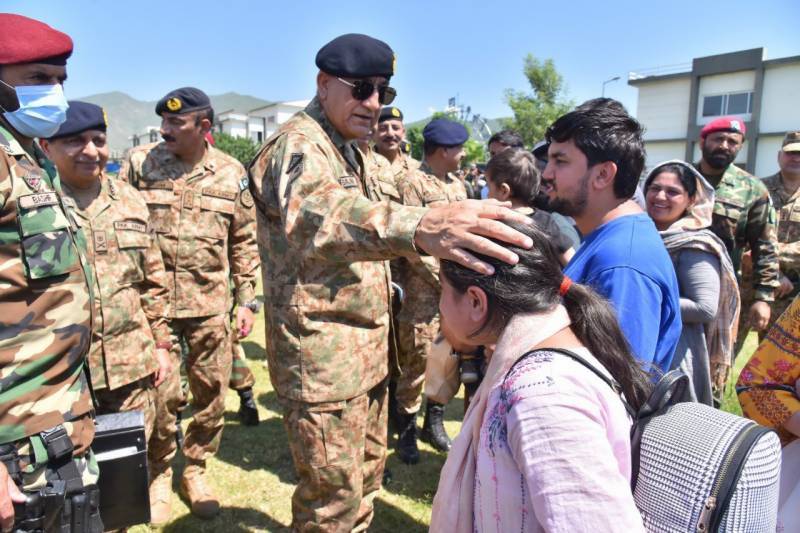 According to the Inter-Services Public Relations, the army chief met women, children, elders and other people who were rescued today by Army aviation helicopters from Kumrat and Kalam to Kanju.

COAS Bajwa spent time with the evacuated people who thanked Pakistan Army for reaching out once they needed it the most and bringing comfort not only to them but their families back home who eagerly awaited their safe return," the military's media wing said.

He also undertook aerial reconnaissance of the extent of damage caused by floods and relief efforts of Army troops at various locations including Kalam, Bahrain, Khwazakhela and Matta areas of Swat.