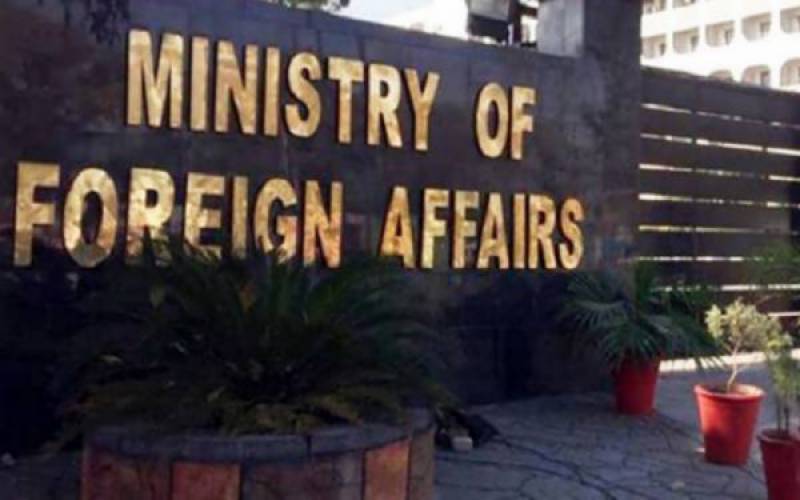 Islamabad (Web Desk): Pakistan has categorically rejected the ‘false, untenable and self-serving comments’ made by the Spokesperson of the Indian Ministry of External Affairs on the recently concluded elections in the Azad State of Jammu and Kashmir.

In a statement issued on Friday, Foreign Office (FO) Spokesperson Zahid Hafeez Chaudhri said the Indian Charge d'Affaires was summoned to the Ministry of Foreign Affairs to convey Pakistan's complete rejection of India's sham protest and to reiterate Pakistan's clear and consistent position on the Jammu and Kashmir dispute.

“India cannot hide the fact that it is in illegal occupation of parts of Jammu and Kashmir. To perpetuate its occupation of the Indian Illegally Occupied Jammu & Kashmir (IIOJK), India has committed horrendous human rights violations against innocent Kashmiris over the past seven decades, and particularly since 5 August 2019,” the FO statement said.

The statement further said that the people of AJK “enjoy the fruits of free and participatory electoral process, while IIOJK bleeds under India’s illegal occupation”.