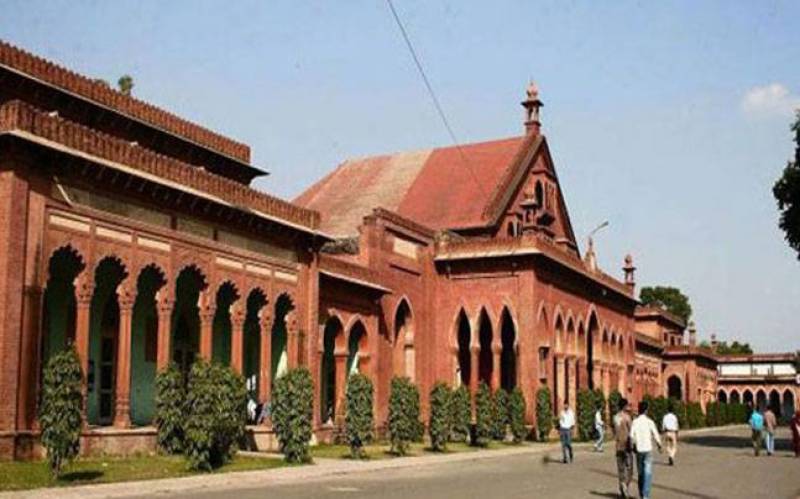 New Delhi (Web Desk): Following a crackdown of the Uttar Pradesh government against "illegal" slaughterhouses, meat items have been removed from the menu at hostels of Aligarh Muslim University, which is why students are forced to satiate their hunger by eating vegetables.

Indian media reported, in response to the students’ letter to vice chancellor, the management said after closure of slaughterhouses in Aligarh, it is not possible to arrange over 500 kilogrammes of buffalo meat for 19 dining halls in hostels.

UP Pollution Control Board Regional Officer Kalika Singh said to media, “In Aligarh operational slaughterhouses are four out of seven but due to shortage of animals, they too are not selling meat." He told the media, the municipal corporation's own abattoir was shut down in 2014 due to some irregularities.

While talking to media, the president of the university's student union, Faizul Hasan said, it was unacceptable that students were being forced to have vegetables.

According to the university's media consultant, Dr Jasim Muhammad, a meeting has been scheduled for Thursday to discuss the issue.

Following a tweet of All India Majlis-e-Ittehadul Muslimeen leader Asaduddin Owaisi the issue has taken a political turn when it was mentioned. His tweet read "15,000 students in Aligarh Muslim University have not been served meat (buffalo) since 26 March and BJP says we are not targetting".