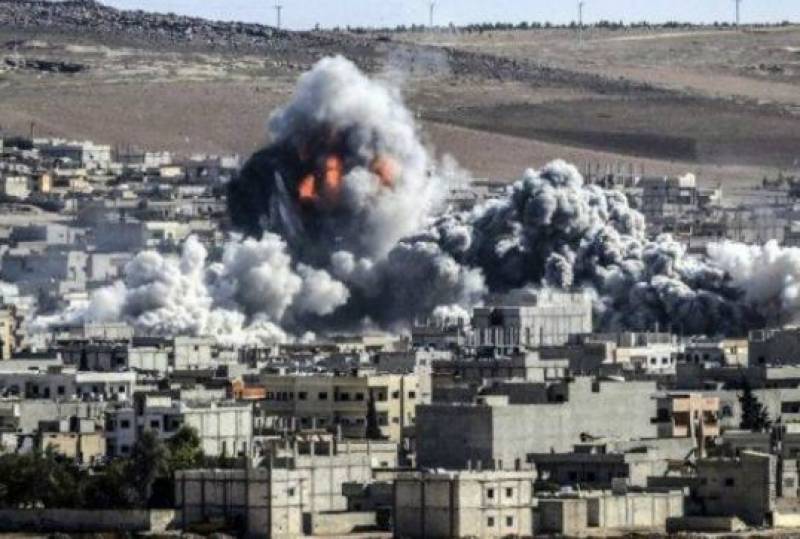 Kabul (Agencies): At least 23 civilians, including women and children, were killed by a US air strike in southern Afghanistan earlier this week, according to an UN investigation, as ordinary Afghans continue to bear the brunt of the 17-year conflict.

“Initial findings indicate that the vast majority of the victims were women and children,” the UN mission in Afghanistan said in a report late Thursday, adding that at least three people were also injured in the attack.

The strike occurred during a firefight between Afghan special forces working with US advisors and Taliban insurgents late Tuesday in restive Helmand province.

NATO said air support was requested by security forces on the ground as the militants deployed heavy weapons and retreated into a nearby compound.

Provincial authorities had earlier said several members of a single family appeared to be killed in the strike, with one official saying “at least 18 civilians were killed”, which could not be confirmed.

NATO has said it was investigating the incident.

Haji Mohammad, who lived near where the incident occurred, said the strike came after the Taliban entered a home during a battle with security forces, saying it killed several civilians inside along with nine insurgents.

Civilians continue to face “extreme levels of harm”, a recent UN report said, with 8,050 people killed or wounded in the January to September period this year.

Violence has escalated in the past year as US and Afghan forces press ground and air offensives against Taliban and IS insurgents.

The Taliban has also upped assaults on Afghan forces even as the United States increased efforts to engage the militants in peace talks.

Washington is trying to find a way out of the conflict more than 17 years since it began.

US envoy Zalmay Khalilzad is spearheading efforts to strike a peace deal with the Taliban before Afghanistan’s presidential election, scheduled for April next year though officials have said it could be postponed until July.

A Taliban delegation met with Khalilzad in Doha in October and November to discuss ending the Afghan conflict. Khalilzad has said he is “cautiously optimistic” for an end to the conflict.