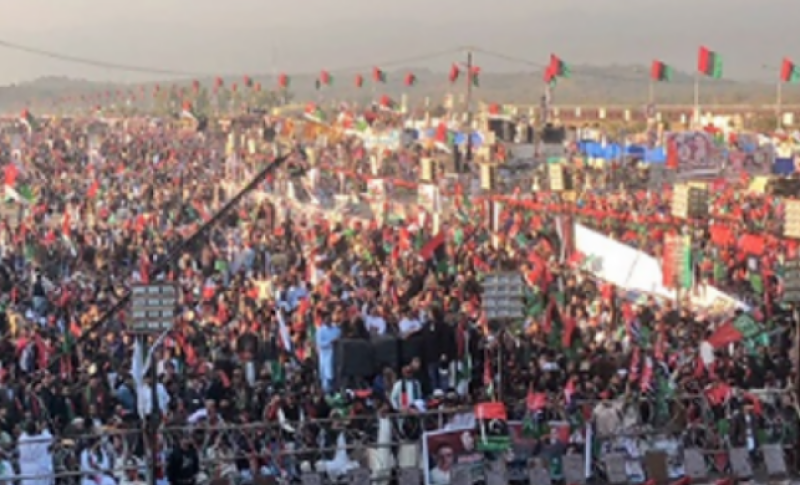 The PDM leaders including Maulana Fazlur Rehman, Maryam Nawaz, Yousuf Raza Gilani, Aseefa Bhutto Zardari and others are scheduled to address the rally.

In a first, Aseefa Bhutto Zardari is leading the Pakistan Peoples Party (PPP) to attend the rally where she will also address the gathering.

However, PPP chairman Bilawal Bhutto-Zardari will address the public via video link since he is undergoing isolation after testing positive for COVID-19.

Speaking to newsmen, the PML-N vice president said that the party will hold gathering wherever authorities put up containers.

On the other hand, the Multan administration rejected the PDM’s application to stage the public gathering owing to increasing virus cases in the second wave of the COVID-19 in the country.

On Sunday, the administration took control of Qila Kohna Qasim Bagh stadium again besides arresting various Pakistan Democratic Movement (PDM) leaders and workers belonging to different political parties including the son of ex-premier Yousaf Raza Gillani after they stormed into the venue.

Addressing a press conference in Multan on Sunday, Jamiat Ulema-e-Islam-Fazl (JUI-F) chief and head of PDM Maulana Fazlur Rahman o said that rally in Multan will be held at any cost.