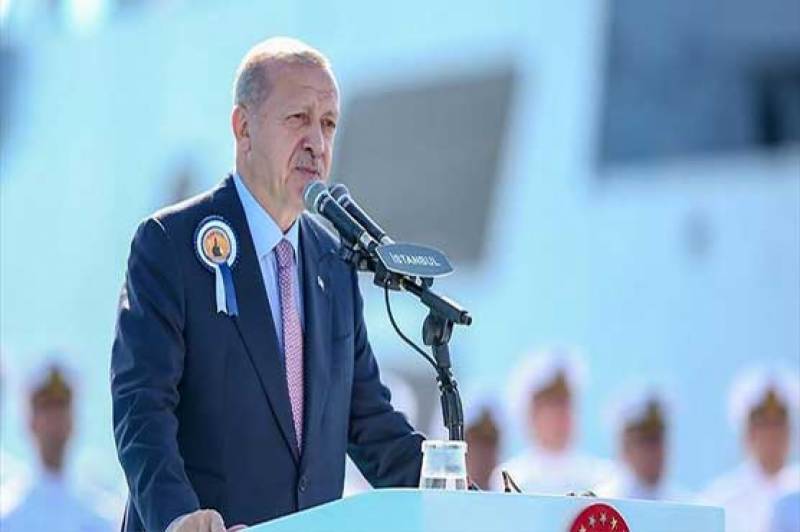 Ankara (Web Desk): Turkish President Recep Tayyip Erdogan on Sunday attended a ceremony marking the construction of a new naval warship that is to be sold to Pakistan, according to a report by Turkish news outlet TRT World.

Erdogan also commissioned a new naval warship into the Turkish Navy on the occasion, hailing the warship building capabilities of the Turkish defense industry.

According to the Turkish president, Turkey was one of only 10 countries worldwide that were able to build, design, and maintain warships using national capabilities.

The warship commissioned for the Turkish navy is named TCG Kinaliada while the one being built for Pakistan is named MILGEM, the report on the Turkish website claimed.

In July 2018, Pakistan Navy had signed a contract for the acquisition of four MILGEM-class ships from Turkey.