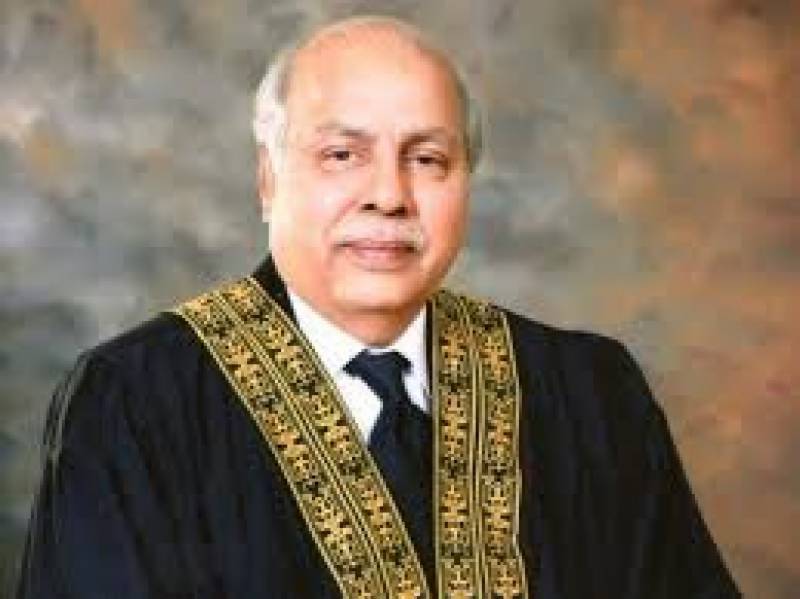 According to details, the Supreme Court (SC) will hear the suo motu case on January 5.

The top court has also summoned a report from the chairman of the minority rights commission, inspector-general of police and KP chief secretary regarding the incident by January 4.

Earlier, Member of the National Assembly (MNA) and Pakistan Hindu Council chief Ramesh Kumar called on the chief justice at the SC's Karachi registry and discussed the issue.

During the meeting, Kumar briefed the CJP on the burning of the shrine of a Hindu saint by an angry mob in Karak district of KP.

The CJP also condemned the incident in the meeting with Kumar.

Meanwhile, The Khyber Pakhtunkhwa (KP) Police arrested more than 31 suspects and registered a case against 350 people for their alleged involvement in the vandalising of the temple.

According to Karak DPO Irfanullah, Jamiat Ulma-e-Islam (JUI-F) district leader Maulana Mirza Aqeem is also nominated in the case. He added that the security officials were conducting raids to detain suspects.

On Wednesday, an angry mob attacked and set ablaze the shrine of a Hindu saint in Karak. Video clips going viral on social media show hordes of people breaking and desecrating the site while chanting slogans and smoke could also be seen emitting from the shrine after it was set on fire.