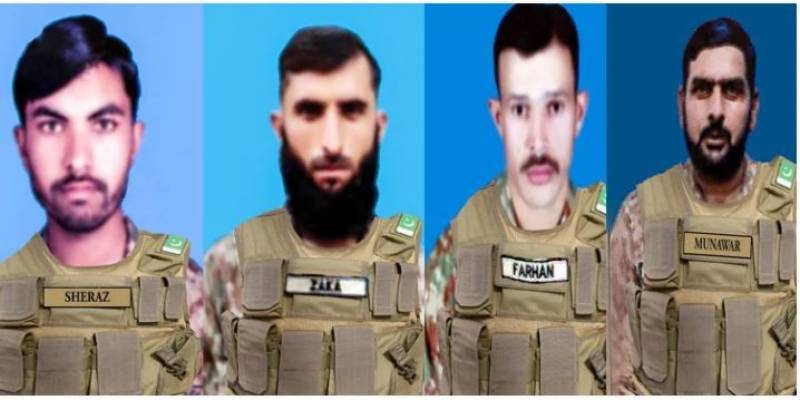 According to the Inter-Services Public Relations, the security forces conducted the operation in the area on the reported presence of terrorists.

During the intense exchange of firing with the terrorist, four soldiers embraced martyrdom.

One terrorist was apprehended along with weapons and ammunition,"

The names of the martyred soldiers are:

During the operation, two terrorists were killed, who were later identified as Shahzeb alias Zakir and Daniyal. The forces also recovered weapons during the raid.

"These terrorists were involved in multiple terror activities including attacks against security forces, targeted killings and kidnapping for ransom," the ISPR statement said.