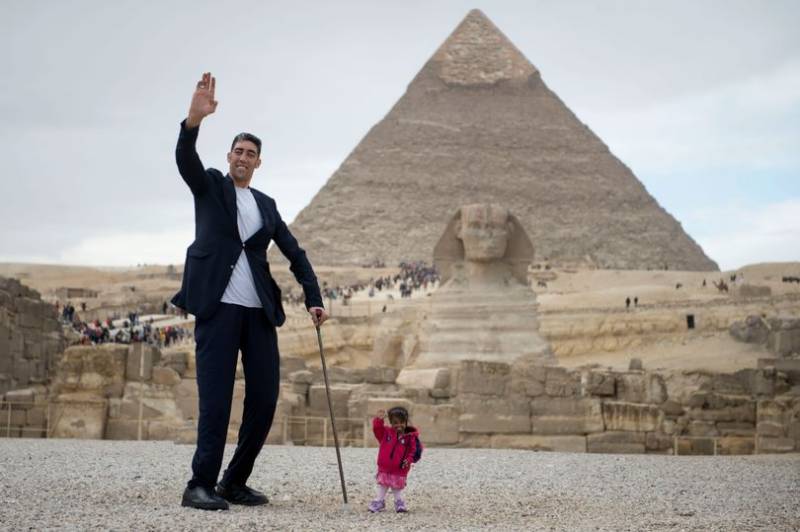 Lahore (Web Desk): The world’s tallest man and shortest woman have met in Egypt for an incredible photoshoot.

And the difference between them is just astonishing as in one photo Amge looks to be the same size as Kosen's foot.

According to the Guinness World Records, Sultan Kosen, 35, from Turkey is the tallest man on the planet measuring a massive 8ft 1in.

And Jyoti Amge, 24, from India, has been named the shortest woman at just over 2ft tall.

The pair posed for photographs in front of the Pyramids after being invited by the Egyptian Tourism Promotion Board.

And they can be seen putting their differences aside as they pose side by side with big smiles on their faces. 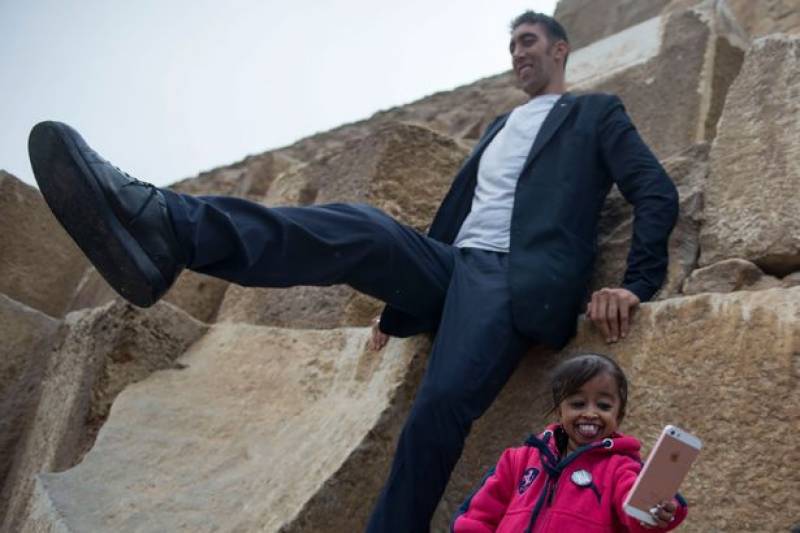 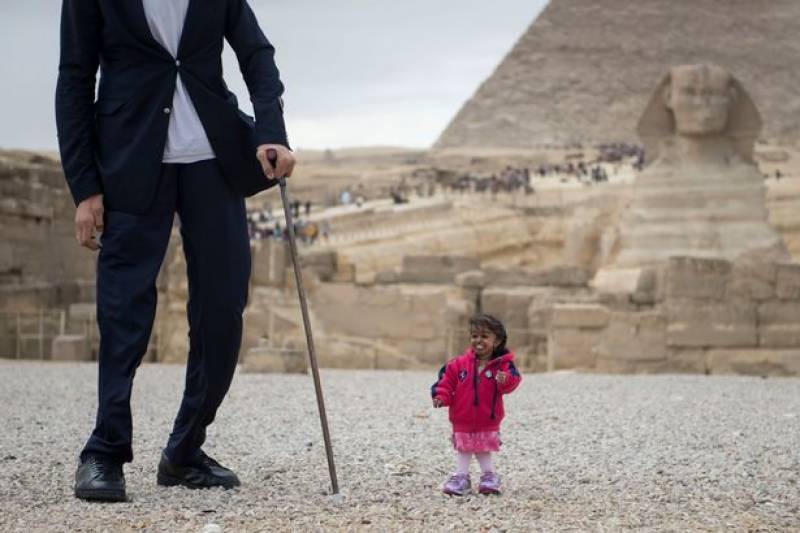 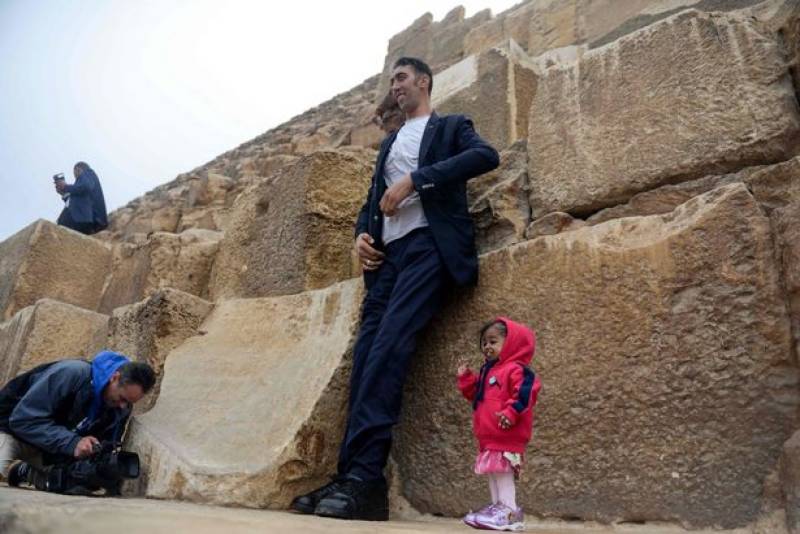 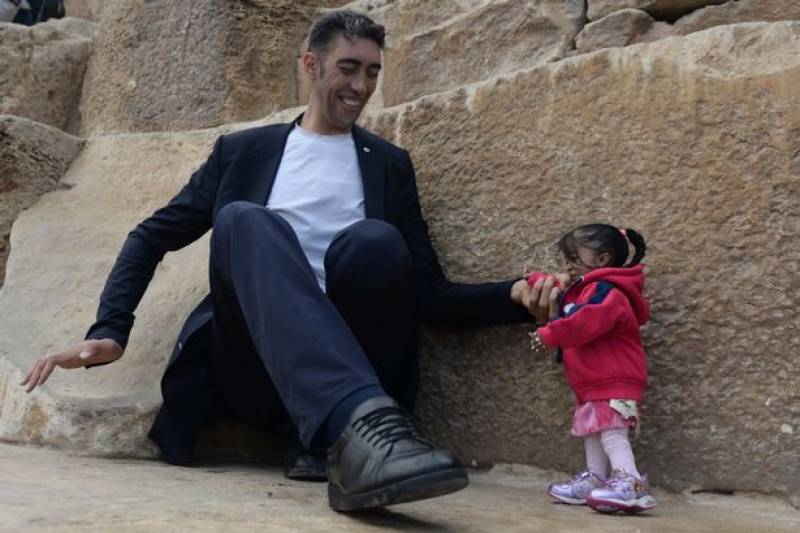 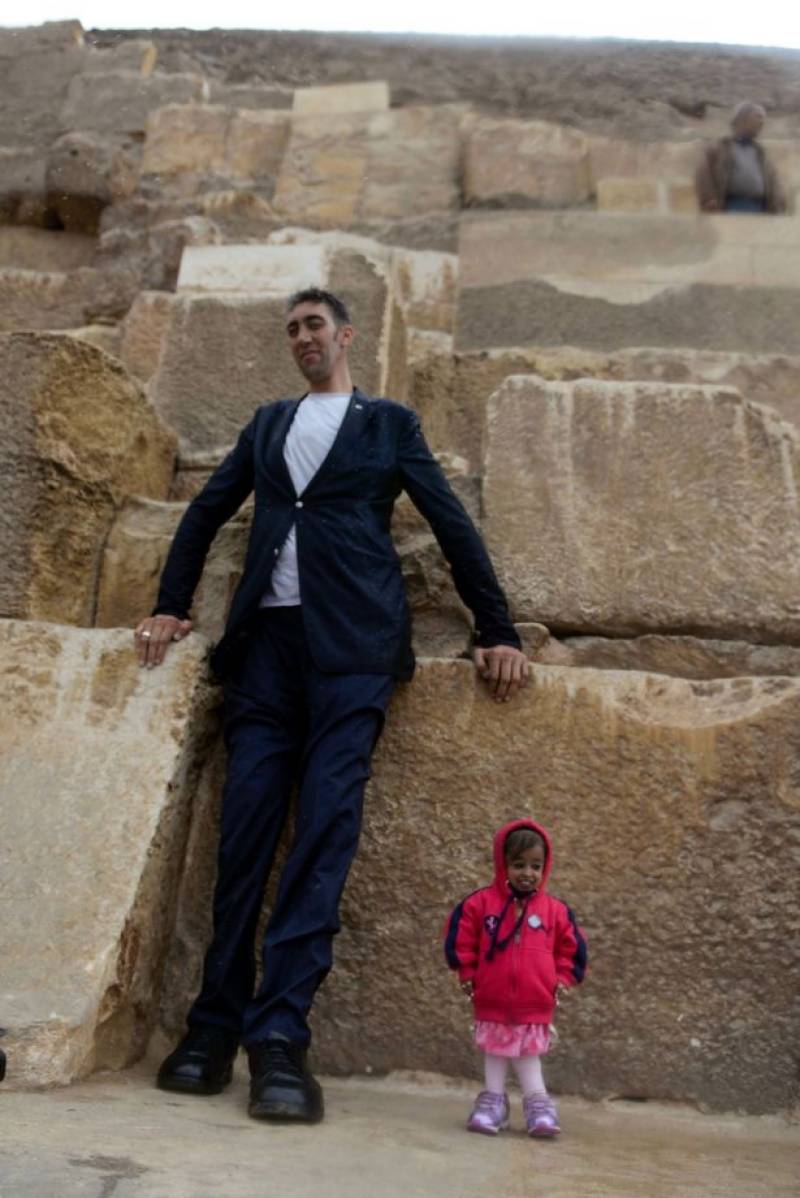 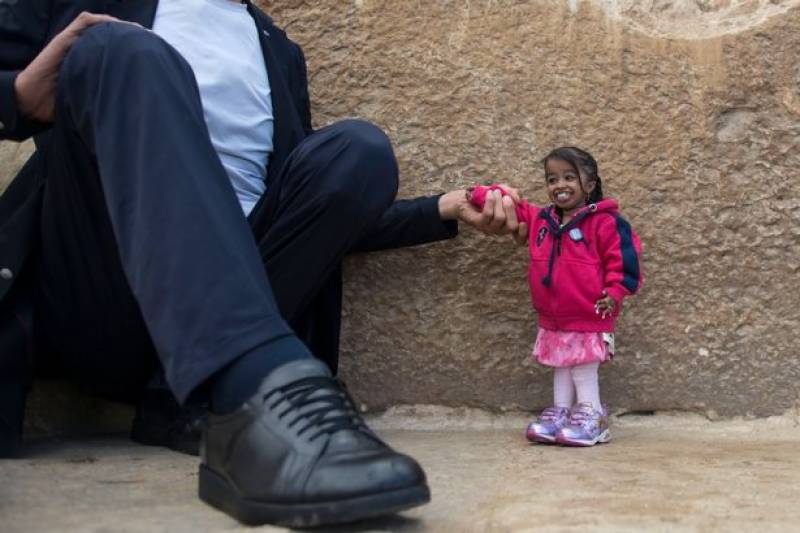 The story is originally published by “Mirror”