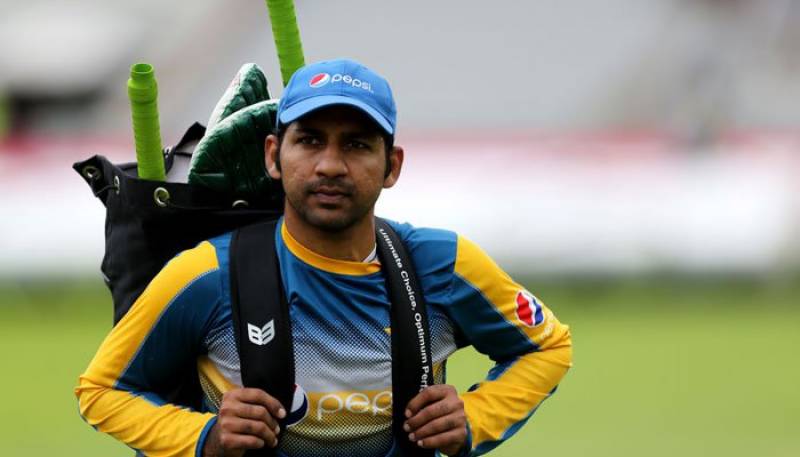 Birmingham (Staff Report): Pakistani team’s ODI and T20I captain Sarfraz Ahmed expressed his confidence regarding the performance of the team, adding that his team feels no pressure ahead of the high-profile clash with archrivals India.

The young skipper said while talking to media that he is trying to keep his team relaxed heading into the big game, after facing toughest test series that led Pakistan to the eighth-ranked into the Champions Trophy.

Sarfraz Ahmed said, “We are trying to stay relaxed and not take pressure. It’s important to be relaxed and confident before every big game, to keep the nerves in check.”

The captain stated regarding the bowling combination plan that the decision will be finalize after reading the pitch on match day.

He further stated, “It depends on how the pitch looks before the game. We will unleash our best pace attack, maybe 3 or 4 fast bowlers if needed, or a combination of spin and pace.”

The captain also vowed that the team will give its best in every game and world will see the team fighting till the finals.

“You will see us playing to the best of our capabilities. You will see a fighting team,” he said.

He further stated that cricket brings happiness to the nation; team will do our best to make Pakistan proud.

Pakistan´s tournament in England starts with the toughest of games against India, the defending champions, in Birmingham on June 4.