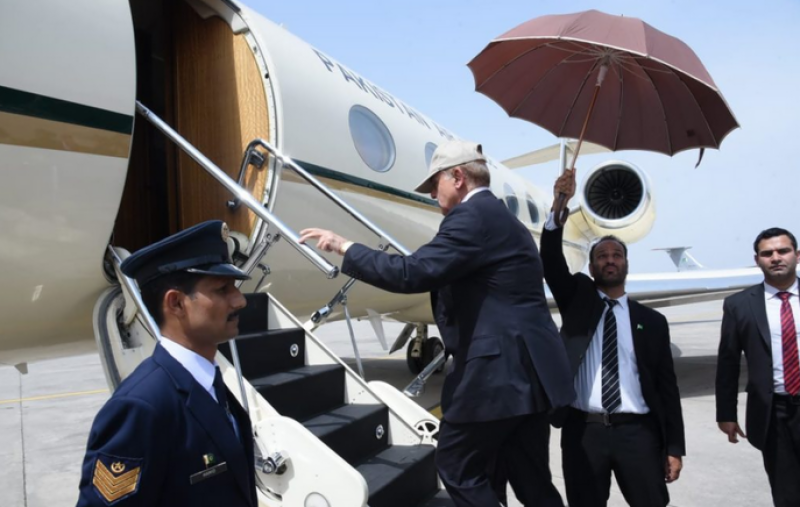 This will be PM Shehbaz Sharif's first visit to Turkey since assuming his office.

In a post on Twitter ahead of his departure to Turkey, PM Shehbaz aaid that time has arrived for Pakistan and Turkey to further leverage on their excellent bonds to upgrade the bilateral ties as era of regional connectivity and shared development called for fresh approach.

Departing for visit to Turkey. Time has come for Pakistan & Turkey to leverage their excellent bonds to upgrade bilateral ties. Era of regional connectivity, shared development & common destiny calls for a fresh approach. Look forward to discussing this with my brother @RTErdogan

During his three-day visit, PM Shehbaz will hold talks with President Recep Tayyip Erdogan on bilateral relations and exchange views on regional and international issues. This would be followed by delegation-level talks.

Besides covering the entire gamut of Pakistan-Turkey bilateral relations, the two leaders will exchange views on regional and international issues.

Both leaders will address a joint press stakeout after their meetings. President Erdoğan will host a dinner in honour of PM Shehbaz.

This year, Pakistan and Turkey are celebrating the 75th anniversary of the establishment of diplomatic relations.

During the visit, the Prime Minister of Pakistan and the President of Turkey would jointly unveil a logo, marking the commencement of celebrations of this important milestone in the long history of exceptional bilateral ties.

The Turkish ministers of foreign affairs, trade, and health would call on PM Shehbaz during the visit.

PM Shehbaz will have extensive interaction with leading Turkish businessmen and potential investors from diverse sectors. He will be hosted by President of the Union of Chambers and Commodity Exchanges of Turkey (TOBB).

During these events, PM Shehbaz will highlight Pakistan’s vast investment potential and encourage Turkish companies to invest in Pakistan and work to strengthen Pakistan-Turkey trade and economic ties.

Prominent businessmen from Pakistan will participate in these events and will also hold Business to Business (B2B) meetings on the sidelines.

Earlier, in an interview with Turkish news agency Anadolu ahead of his three-day visit to the country, the premier said both Pakistan and Turkey have a similarity of views on regional and international issues.

PM Shehbaz said Pakistan and Turkey support each other on all issues of core national interest including Jammu and Kashmir and Northern Cyprus.

Terming the Pak-Turkey relations as "exemplary", the prime minister said historical relations were grounded firmly in common religious, cultural, and linguistic links and transcend political changes on either side.

He mentioned that both countries were celebrating the 75th anniversary of the establishment of diplomatic relations.

"In these seven and a half decades, the two sides have always stood by each other in the face of all changes," he said, adding that people-to-people and cultural contacts were on an upward trajectory.

PM Shehbaz said Pakistan was now focusing on economic cooperation with Turkey as the current level of bilateral trade still was not a true reflection of the excellent state of the relationship.

"This is also an area where immense opportunities exist for both countries," he said.