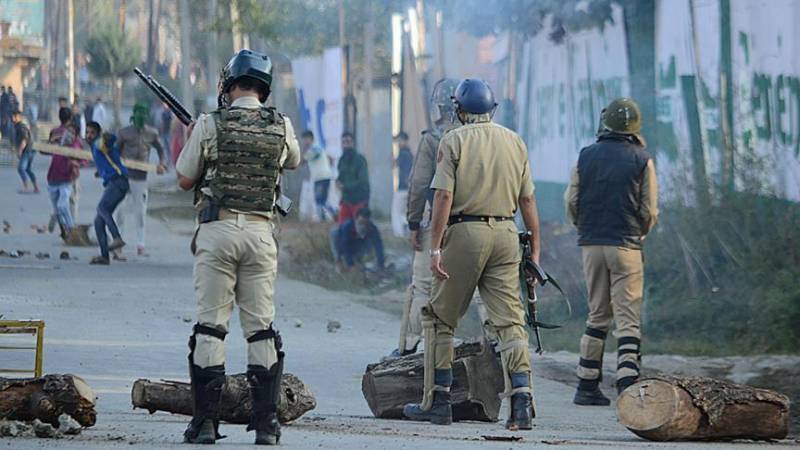 The victims were gunned in Islamabad and Shopian districts during two different incidents.

Director General of Police Shesh Paul Vaid in a statement in Srinagar claimed that 11 youths were killed in two gunfights with Indian forces in south Kashmir districts. He also claimed that top separatist commanders were among those killed. Another youth, he said, was killed in a gunfight with forces at Dialgam in Islamabad district.

According to reports, three Indian soldiers were injured during an ongoing encounter in Kachdoora village in South Kashmir.

Kashmiris, who are fighting for freedom in occupied territory, are facing Indian atrocities since the Independence.

In March, United Nations High Commissioner (UNHC) for Human Rights Zeid al Hussein declared the situation in occupied Kashmir as a matter of grave concern at the 37th session of Human Rights Council in Geneva.

Hussein announced that the UN will be launching a major report on the situation in Kashmir in June 2018 when the UNHRC will hold its next session.

4 Indian soldiers killed in clash with Mujahideen in occupied ...