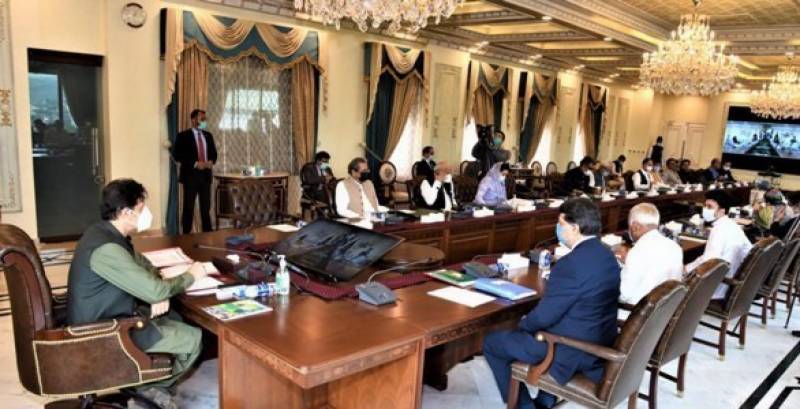 Islamabad (Web Desk): The Federal Cabinet on Thursday rejected the Economic Coordination Committee's (ECC) decision to allow the import of cotton yarn and sugar from India.

According to details, the decision has been deferred until India reinstates Article 370 of its Constitution, which guaranteed a semi-autonomous status for Indian-occupied Kashmir.

Earlier, Federal Minister for Human Rights Shireen Mazari said that the cabinet would review the ECC's decisions regarding trade with India.

In her post on Twitter, the minister wrote, “Just for the record - All ECC decisions have to be approved by Cabinet & only then they can be seen as "approved by govt"! So today in Cabinet there will be discussion on ECC decisions incl trade with India & then govt decision will be taken! Media shd be aware of this atleast!”

On Wednesday, newly appointed Finance Minister Hammad Azhar announced that the Economic Coordination Committee (ECC) has allowed to import sugar as well as cotton from India.

Addressing a press conference in Islamabad, he said that the government has to make tough decisions for the country in view of a given situation.

“The basis of our decisions will be the interest of the country and its people, he maintained.”

The finance minister said that the price of commodity in India is lower than what it is in Pakistan and this is the reason behind the decision.

“In comparison, there’s a Rs15 to Rs20 difference in the price of sugar in the two countries.”

An official statement had said the ECC allowed the commercial import of white sugar from India till June 30, 2021, through land and sea routes, on the basis of the quota issued by the Ministry of Commerce.

“The decision would be time and cost effective and would also stabilise the prices of sugar in the domestic markets”, the statement had added.

It is pertinent to mention that Pakistan suspended all bilateral trade with Indian following New Delhi's decision to revoke Article 370 in August 2019.