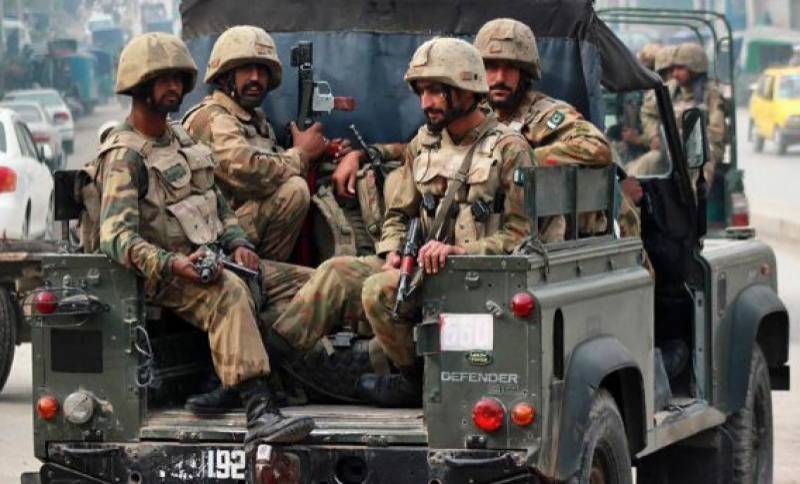 Rawalpindi (Staff Report/ Agencies): A wanted terrorist was killed by security forces during an Intelligence-based operation in Daraban area of Dera Ismail Khan.

According to a press release issued by the Inter-Service Public Relations (ISPR) on Saturday, a wanted terrorist Hakim was killed during Operation Radd-ul Fasaad after he made six civilians hostage for ulterior motives.

“He was armed with automatic weapons and grenades. All hostages have been rescued by security forces,” statement said.

The ISPR added that four security forces personnel received injuries during the operation.