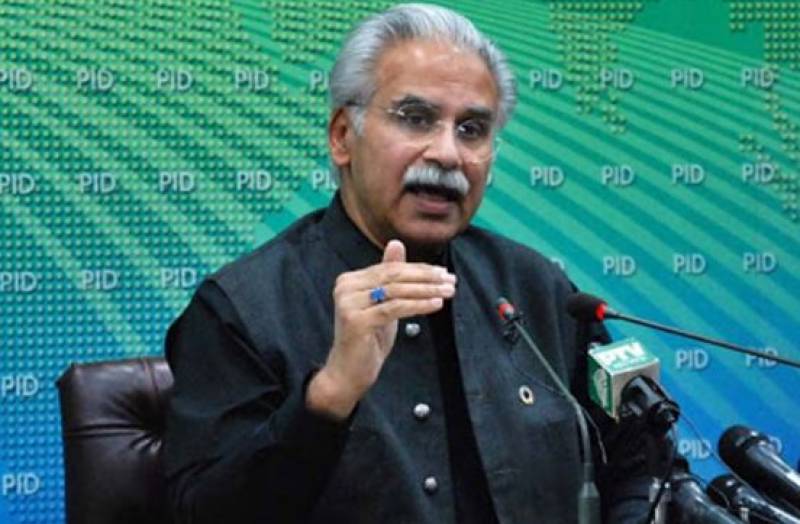 Islamabad (Web Desk): Special Assistant to the Prime Minister (SAPM) on Health Dr Zafar Mirza on Saturday said that the repatriation of Pakistanis stuck in virus-hit China will not be allowed till they complete a 14-day observation period.

Addressing a press conference in Islamabad, Dr Zafar Mirza said that the agreement in this regard had been finalised in a meeting held with the Chinese envoy in Pakistan.

“The policy is being implemented after China declared that no Chinese citizen will be allowed to travel abroad till the completion of the 14-day observation period,” the SAPM said.

He said that those declared free of the virus after this duration will be issued with a certificate that assures the airport officials that they are free from the disease.

It had been confirmed that 11,947 people were affected with the coronavirus, out of which 249 had died.

"It is now being transferred from human to human. It means that a person affected with the virus can also become a source for the transfer of the virus", Mirza added.

Zafar Mirza said that the World Health Organisation (WHO) has declared the situation an emergency of international concern.

"Being a responsible nation, Pakistan wants to take steps that ensure the safety of maximum people," the SAPM said.

He assured once again that Islamabad was striving to ensure that the Pakistani citizens in China were being taken care of and had access to all facilities.

Updating about the health of Pakistani students who had caught the coronavirus, Dr Mirza said that they had recovered as the disease was diagnosed at an early stage.

On January 29, Dr Zafar Mirza had announced that at least four Pakistani students studying in the Chinese city Wuhan are confirmed to have the coronavirus.

Mirza said that a large proportion of the Pakistanis living in China were students of which over 500 students are based in the central city of Wuhan, the epicentre of the new virus.

There were four Pakistani students confirmed to have the coronavirus, he added. Mirza,

Earlier, the Pakistan International Airlines (PIA) has decided to screen its passengers at the Beijing airport.

The spread of the pathogen – known by its technical name 2019 Novel Coronavirus (2019-nCoV) – can cause respiratory diseases in animals, birds and humans.