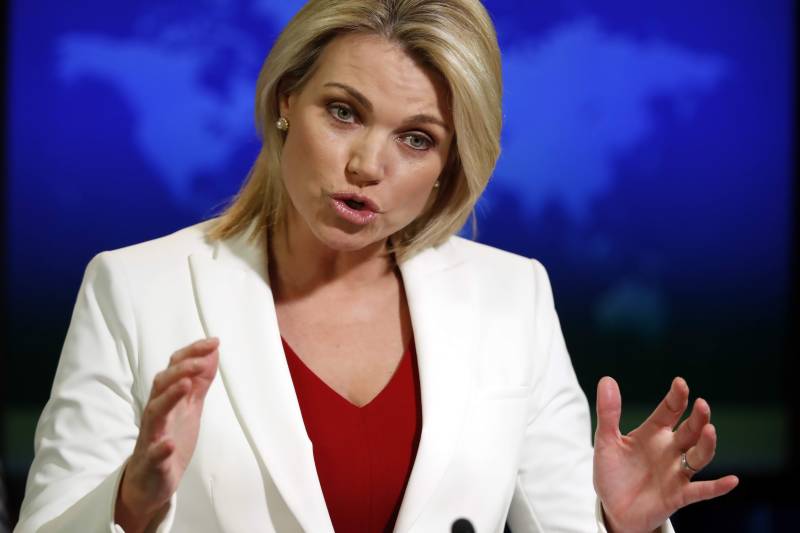 “We think that both sides would certainly have to sit down and have talks about their escalating border tensions,” Nauert said during a media briefing.

On Tuesday, a boy was martyred as Indian forces resorted unprovoked heavy shelling across the Line of Control (LoC) in Azad Jammu and Kashmir (AJK).

According to official sources, Indian troops resorted to heavy mortar shelling at about 8:30 am, targeting the civilian population.

On Saturday, a man was killed while three others were injured as Indian soldiers initiated mortar fire in Thurti Narr village outside Nikayal sector in Kotli district of Azad Kashmir.

According to the ISPR , Pakistan's troops retaliated by targeting the Indian post that had initiated the firing.

Cross-border shelling across the Line of Control and unprovoked firing by Indian forces had taken 832 lives, left 3,000 injured and had damaged 3,300 houses in the first half of 2017, according to experts. Despite calls for restraint, India continues to indulge in ceasefire violations.