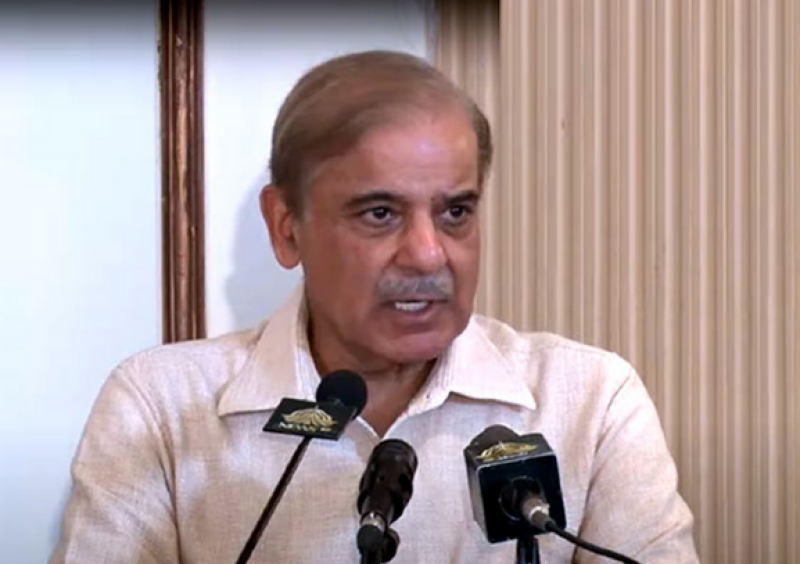 Islamabad (Web Desk/Agencies): Prime Minister Shehbaz Sharif has waived off fuel adjustment charges for people consuming electricity up to 300 units in a month.

Addressing the Pakistan Muslim League-Nawaz (PML-N) members of the National and provincial assemblies in Islamabad on Monday, the premier said that the step was aimed at facilitating the common man already facing the brunt of inflation.

The prime minister proposed to also waive off the electricity bills of the consumers in flood-affected areas and also exempt the farmers from ‘abiyana’ (water charges on crop irrigation) in calamity-hit places.

PM Shehbaz also announced to launch in near future a solar programme for the production of 10,000 mega-watt of electricity as a cost-effective mode across the country.

"The solar programme will generate electricity at the rate of Rs 9 per unit, saving billions spent on expensive electricity production," the premier said.

PM Shehbaz lauded his economic and power team for making all-out efforts to materialize the mega solar project, which he said, would especially benefit the schools, hospitals and tubewells.

The prime minister mentioned that Pakistan was facing extreme challenges while meeting the requirements of the International Monetary Fund (IMF), even while taking steps to give subsidy on electricity.

"Severe mistakes and neglect by the previous government to address vital issues resulted in economic instability", Shehbaz said, adding that the nation could overcome the challenges with correct decisions about the leadership.

He said the coalition government in four months faced challenges like economic instability as the predecessors made every effort to push the country onto the brink of default.

The prime minister mentioned that the previous government in the last around four years did not provide even a bit of relief to the common man and also did not fulfil the requirements of IMF.

"Pakistan has to learn from its mistakes with a determination to overcome every challenge with resilience," he said.

He said that the former Pakistan Tehreek-e-Insaf (PTI) government at first exported wheat and later imported the same at exorbitant rates.

"The price of petrol was kept unrealistic which incurred heavy losses to the national economy,"

PM Shehbaz said, adding that the PTI government in the name of subsidy wasted billions from the national exchequer.

He said the coalition government from the very beginning was determined to address the economic problems to benefit the people and was left with no other choice but to take unpopular decisions about increasing the prices of petrol.

PM Shehbaz criticized the PTI leader Imran Khan for making statements in the past inciting the general public to alight their utility bills and use ‘hundi’ to route their money other than the legal banking channels.

He pointed out that the PTI leader was misappropriating billions of charity money of his hospital by diverting it to the expenses related to his politics.

Shehbaz Sharif said the nation should get a realization about the true face of Imran Khan which had been exposed following his intention and desire for the country to face Sri Lanka-like situation.

"It is upon the people of Pakistan to awaken their conscience and reject the narrative of Imran Khan based on lies and deceit," the premier said.

"Pakistan is not destined to become Sri Lanka. The nation with its resilience will make the homeland a land of prosperity and development," he said.

PM Shehbaz said that the government was making untiring efforts to mitigate the sufferings of the people affected by floods.

He said over 1,000 people including 300 children lost their lives as floods swept away a large area across the country.

The prime minister said that the federal and provincial governments along with National Disaster Management Authority (NDMA) and the Pakistan Army are carrying out relief and rescue activities to their best.

Sharif mentioned that the government is disbursing Rs 25,000 to every household affected by the flood under Benazir Income Support Programme (BISP).

"The federal government gave a grant of Rs15 billion to Sindh and Rs10 billion to Balochistan as flood relief assistance whereas one million are being given to the relatives of the deceased," the premier added.

PM Shehbaz said it is the time for all to realize the sufferings of the people in flood-affected areas and come forward to support the government by donating relief goods.

The premier said that the government is cognizant of the miseries of flood-hit people. He directed the MNAs and MPAs of his party to reach out to the affected people by themselves.

PM Shehbaz expressed confidence that the nation would overcome the challenges with resilience and unity.