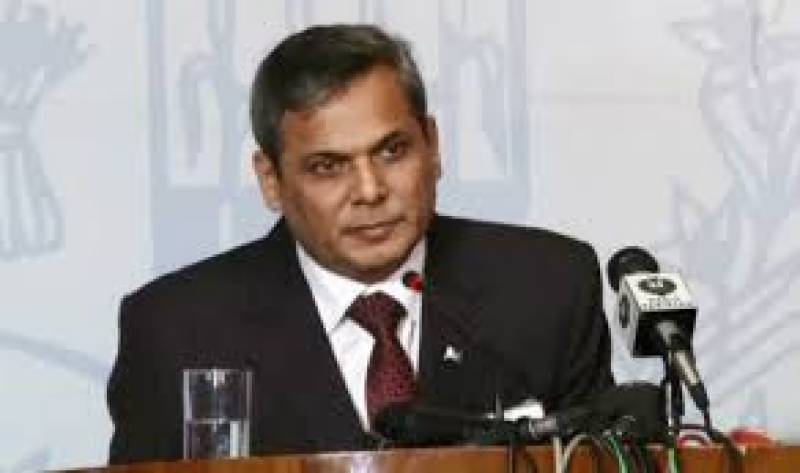 Islamabad: Pakistan foreign office spokesman Nafees Zakariya has admonishingly warned Indian foreign ministry, on their statement regarding Hafiz Saeed’s arrest. He said that India should take corrective measures for itself rather commenting on the affairs of other countries.

At his weekly news briefing, the spokesperson said there were undeniable evidences that India was involved in carrying out terrorism activities in Pakistan. He highlighted that the Indian state institutions also carried out terrorism on Indian soil, but blamed other for it. Pakistan’s efforts against terrorism have been hailed at the world level.

He said that Pakistan has taken all actions against banned outfits and terrorist elements without any discrimination in the larger national interest of the country and in line with international obligations.

Showing concerns over the ongoing human rights violations in occupied Kashmir, Zakria said that India was trying to change demography of Occupied Kashmir and the international community should take notice of it.

The spokesman said the United Nations and the world community should make vigorous efforts for the resolution of outstanding Kashmir dispute in order to ensure peace and stability in the South Asian region.

He said OIC has been playing an effective role vis-a-vis Kashmir issue.