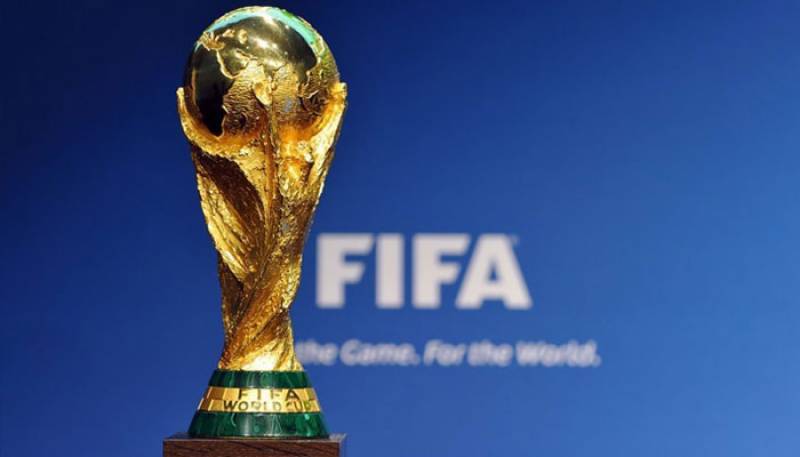 Lahore (Agencies): The FIFA World Cup trophy will touch down in Pakistan on Saturday on its global journey ahead of the World Cup 2018 in Russia.

The trophy will make a stop in Lahore on the CocaCola FIFA World Cup Trophy tour, visiting no less than 91 cities across 51 countries and six continents before settling back in host-nation Russia in May.

The trophy will remain in Lahore for a day, where it will be put on public display at a park during an ongoing festival.

The FIFA World Cup trophy, introduced in 1974, is made of 18 karat gold with a malachite base, and stands 36.8 centimetres high and weighs 6.1 kilograms. The trophy depicts two human figures holding up the earth.

In May 2018 the trophy will return to Russia for a final tour of the host country.