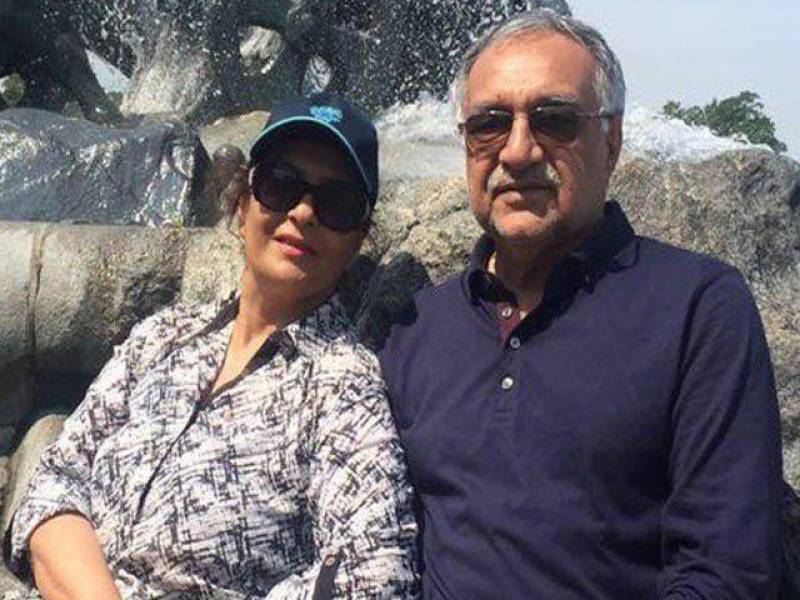 Karachi (Staff Report): An initial post-mortem report has suggested that PPP minister Mir Hazar Khan Bijarani — who was found shot dead in his house along with his wife on Thursday — killed his wife before committing suicide.

“On the basis of available crime scene/circumstantial evidence and initial post-mortem report it appears that Mir Hazar Khan Bijrai killed his wife and then committed suicide with the same weapon,” DIG Police South said in a press release.

“Examination of the crime scene and dead bodies indicated that the death was caused by firearms. Mir Hazar Khan Bijrani received one gunshot in the head, entry from the right and exit from the left. Whereas, Mrs. Fariha Razzaq Haroon received three bullets; one on head – entry from left and exit from right ear – and two on abdomen,” read the statement.

Meanwhile, the funeral prayers for Fariha will be offered after Friday prayers at Sultan Mosque in Defence Housing Authority.

The body of Bijarani has been shifted to his native Karampur village in Kashmore district through an air-ambulance. He will be laid to rest in his ancestral graveyard.

Sindh former Minister for Planning and Development Mir Hazar Khan Bijarani and his wife were found dead under mysterious circumstances in their home on Thursday.

Life in Karampur, the native town of the late Mir Hazar Khan Bijarani, came to a standstill and a shutdown was observed in many other towns of upper Sindh as soon as the news of his death along with his wife on Thursday reached the areas.

Serving as the minister for planning and development in the Sindh government until his death, Bijarani headed his clan in Kandhkot-Kashmore district and had great political influence in upper Sindh.