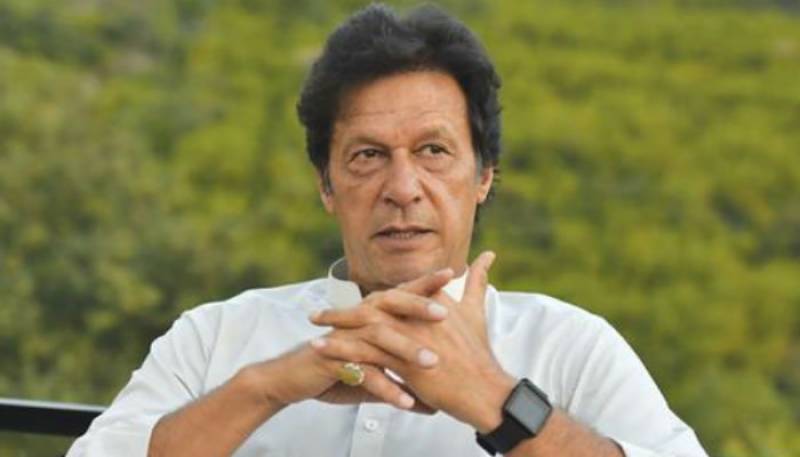 According to details, the ATC is hearing four cases against the PTI chief, including that of the attack on the state television building, Parliament and the then Islamabad SSP Operations Asmatullah Junejo.

The court summoned the PTI chief after both he and his legal counsel, Babar Awan, failed to appear before the court during today's hearing.

It was reported that Awan could not appear before the ATC as he was busy with cases being heard by the Supreme Court.

On December 13, anti-terrorism court (ATC) had extended the interim bail of Imran Khan in the four cases. ATC Judge Shahrukh Arjumand accepted the PTI chief's request to extend his bail until January 2, 2018 (today).

On December 11, the ATC had dismissed Imran Khan's request to quash the terror charges and send the case to a lower court. Imran’s legal counsel, Babar Awan, pleaded before ATC Judge Shahrukh Arjumand to remove the terrorism clauses from the charges against his client. He said protesting for one's rights, with slingshots and sticks, is not terrorism but a democratic right.

However, the state prosecutor said there is solid evidence against the PTI chief of instigating party workers against the state. The judge then reserved the decision on the case.

Imran Khan said while speaking to the media outside the court after his appearance, it is shameful that the state is lodging terrorism cases against political opponents.

Last month, Imran Khan, through his counsel, had surrendered himself before the ATC, which then approved the PTI chairman's bail for Rs200,000 in each case.

The court had earlier issued non-bailable warrants against him and declared him a proclaimed offender as he had not appeared in any hearing.

In August 2014, violence broke out in the federal capital when PTI and PAT supporters attempted to break a police cordon and storm the PM House, using cranes to remove barricades.

The clashes between police and protesters resulted in the deaths of three people and injuries to over 560. Of the injured, 77 were security officials deployed in the Red Zone, including SSP Junejo.

The decision to march to the PM House was taken after talks between the government, PTI and PAT had failed to end the deadlock over the resignation of then Prime Minister Nawaz Sharif.

The two parties were protesting 'rigging' in the 2013 General Elections.