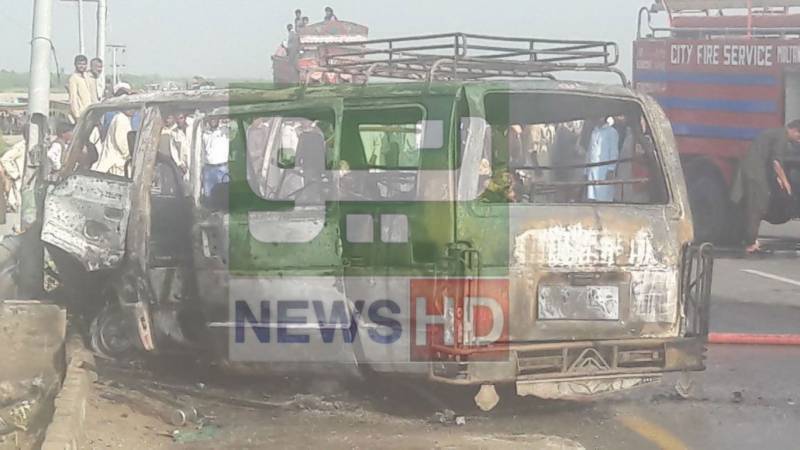 Multan (Staff Report): At least six people including four women were killed and 24 others were injured when a Liquefied Petroleum Gas (LPG) cylinder in a passenger van exploded in Multan on Sunday.

As per details, a wagon carrying at least 30 passengers travelling from Layyah to Multan was engulfed in flames when the cylinder burst near the Head Muhammad Wala area of the city. The van was on its way to Multan from Sarwar Shaheed Chowk.

According to police, the incident was caused by a short circuit in the vehicle. They also said that all passengers in the van belonged to the same family.