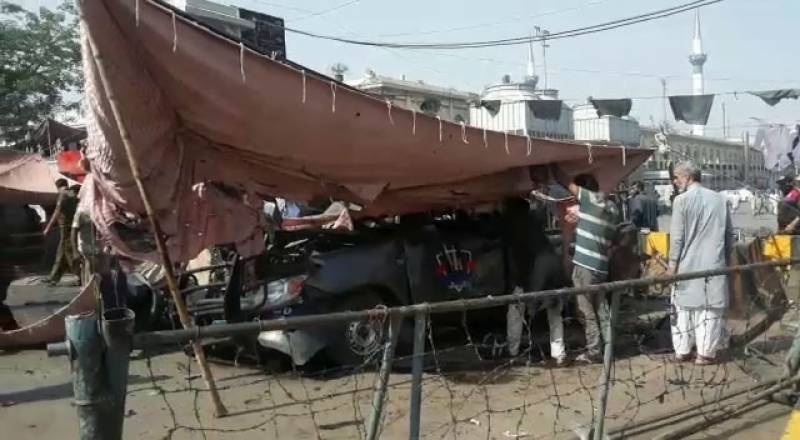 Lahore (Staff Report/Agencies): At least ten people including five police officials were martyred and 30 others were injured in an explosion near Data Darbar in Lahore on Wednesday.

According to initial reports, the explosion took place close to two police vehicles near Gate 2 of Data Darbar.