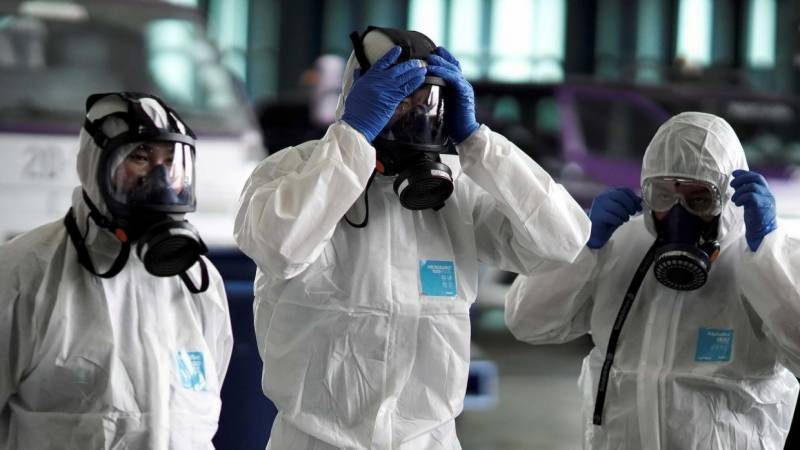 Beijing (Agencies): The global death toll from the new coronavirus epidemic surpassed 3,000 on Monday after dozens more died in China.

According to reports, the virus has now infected more than 88,000 people and spread to over 60 countries.

Meanwhile, a second person died in the northwestern US state of Washington as President Donald Trump faced criticism over his administration's preparedness to respond to the threat.

With fears of a pandemic on the rise, the World Health Organization (WHO) urged all countries to stock up on critical care ventilators to treat patients with severe symptoms of the deadly respiratory disease.

On Monday 42 more deaths were reported in China’s in central Hubei province.

The virus is believed to have originated in a market that sold wild animals in Hubei´s capital, Wuhan.

In China alone, the death toll rose to 2,912, but it is also rising abroad, with the second highest tally in Iran with 54, while the United States and Australia had their first fatalities from the disease over the weekend.

The WHO says the virus appears to particularly hit those over the age of 60 and people already weakened by other illness.

It has a mortality rate ranging between two and five percent -- much higher than the flu, at 0.1 percent, but lower than another coronavirus-linked illness, SARS, which had a 9.5 percent death rate when it killed nearly 800 people in 2002-2003.

But infections are also rising faster abroad than in China now, as the country´s drastic measures, including quarantining some 56 million people in Hubei since late January, appear to be paying off.

Infections nearly doubled over the weekend in Italy, Europe´s hardest hit country with nearly 1,700 cases. Rome said Sunday it would deliver 3.6 billion euros ($4 million) in emergency aid to sectors affected by the virus.

President Donald Trump has downplayed concerns of a major outbreak in the US but his government has come in for criticism over its response to the threat.

Vice President Mike Pence and Health Secretary Alex Azar defended the administration´s handling of the virus, while seeking to reassure Americans and promising to make up for shortfalls in virus testing kits.