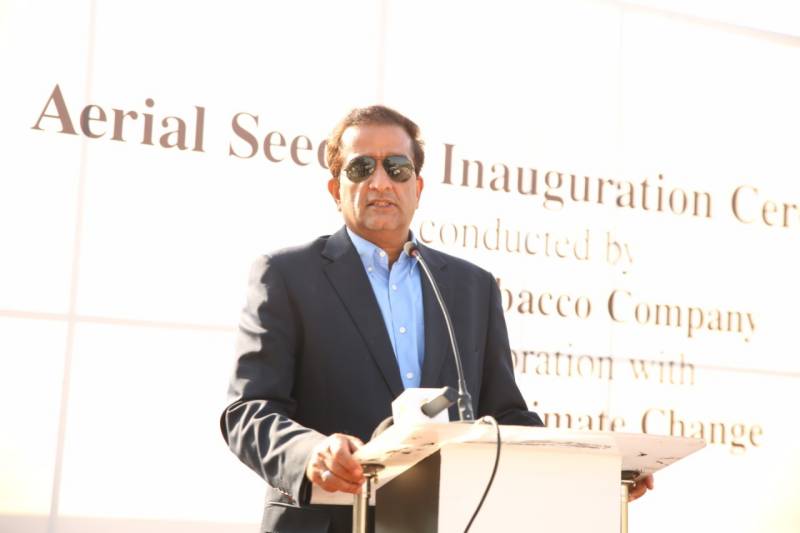 Addressing the inaugural ceremony, Special Assistant to the Prime Minister on Climate Change Malik Amin Aslam said the initiative is commendable as Pakistan is already under immense pressure due to drastic change in the climate.

The company representative explained that each seed ball contains four seeds of indigenous species and have a success rate of more than 70 percent. The company has plans of dispersing 12 million seed balls during this activity in phases across the country.

The event commenced Aerial Seeding of seed balls, in Barakahu Reserve Forest on nearly 700 acres of land.  The Chief Guest dropped seed balls in the area whilst in the helicopter, formally marking the start of the plantation campaign.