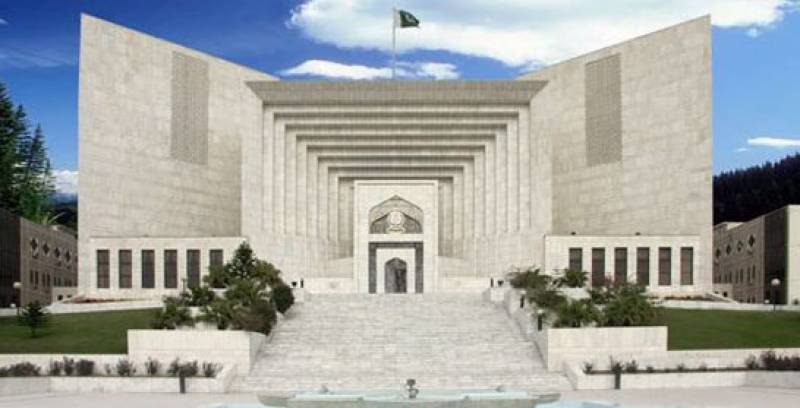 Islamabad (Staff Report/Agencies): The Supreme Court (SC) on Thursday wrapped up suo motu notice over the Lal Masjid operation case after the attorney general assured that the Jamia Hafsa seminary will be reconstructed.

The Attorney General Anwar Mansoor appeared in the hearing and assured the apex court pertaining to the construction of madrassah. He also assured the top court that the government will be taking the administrative control of the madrassah.

Khan assured the court of the construction of the seminary, and said that, administratively, it would fall under the government's control.

Aziz's laywer, Advocate Tariq Asad, came to the rostrum to argue that the case was not about one plot, but linked to various matters.

Justice Gulzar asked Asad to apprise the court of what angles of the case had been overlooked, to which the lawyer was unable to furnish an adequate response.

Both Justice Gulzar and Asad then exchanged sharp words, with the lawyer telling the court he was not arguing the case "just to pass the time" and the judge expressing his displeasure with the remark.

Justice Yahya Afridi advised the lawyer to sit and wait for his turn to be heard.

The apex court wrapped up the suo motu case after the government’s assurance for construction of the Jamia Hafsa’s building.