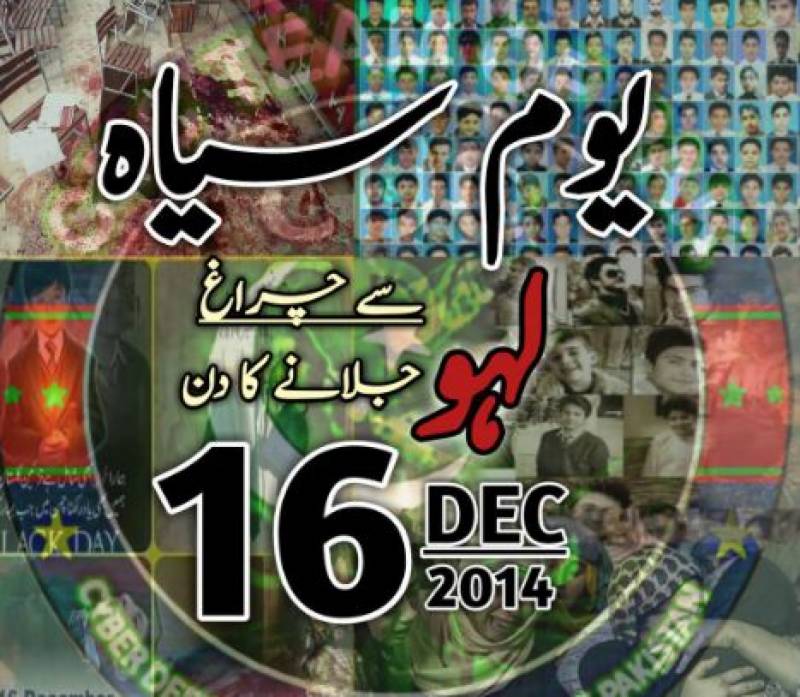 Islamabad (Staff Report/Agencies): The Supreme Court (SC) on Monday disposed of the Army Public School (APS) carnage suo motu case after being briefed on the progress made by a judicial commission probing the matter.

Advocate General Khyber Pakhtunkhwa informed the court that 147 testimonies had so far been recorded while another 109 were still pending. He informed the bench that a report on the incident could not be submitted until these testimonies were completed.

At this, Chief Justice Nisar ordered the advocate general to submit the report in the court when it is complete, and disposed of the case.

Last year, CJP Nisar had taken a suo motu notice of the tragedy, when parents of some of the martyred students approached him demanding justice while he was hearing other cases at the Peshawar Registry.

The grieving parents had complained that the authorities had been alerted to the possibility of an attack on an army-run institution a few weeks before the ill-fated day, but no measures had been taken to prevent the attack. They had also lamented that they were awaiting justice for the past three years but to no avail.

In October, the Supreme Court had ordered the formation of a judicial commission to probe the attack.

On December 16, 2014, terrorists stormed the army-run school in Peshawar and martyred around 150 people, including more than 130 schoolchildren, in the deadliest terrorist attack in the country’s history.