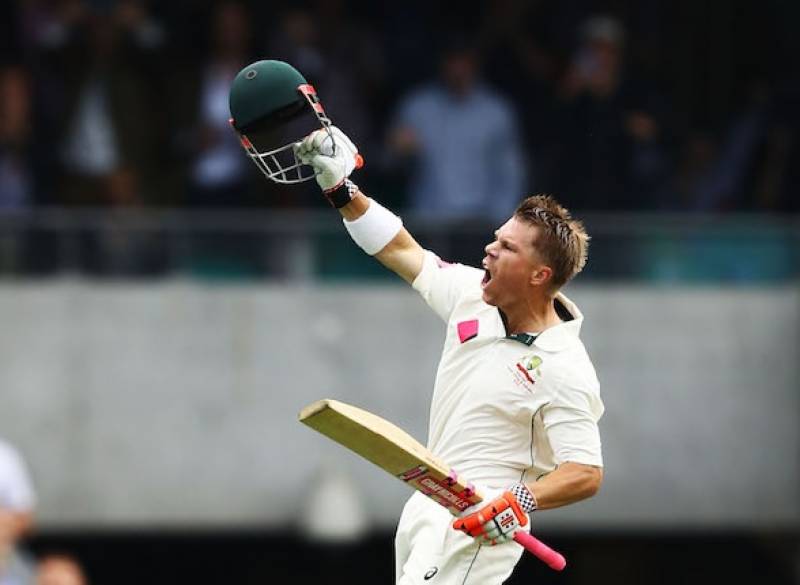 Sydney: The first day belong to Australia as Pakistani bowlers were founf struggling and being manhandled by Australian Squad.

David Warner joined the illustrious company of Don Bradman and Victor Trumper with a Test century before lunch as rookie partner Matthew Renshaw flourished for his maiden hundred against Pakistan on Tuesday.

Warner smashed a whirlwind 18th Test hundred off 78 balls in just 117 minutes while 20-year-old Renshaw blossomed after claiming his century in 282 minutes in the third Test in Sydney.

At the close, after winning the toss, Australia were 365 for three with Renshaw taking his score to 167 and fellow newcomer Peter Handscomb on 40.

Warner became the first Australian since Bradman 87 years ago to make a century in the opening session on the first day of a Test, and the only batsman to achieve the feat in Australia.

Warner was finally out 20 minutes after lunch, caught behind by Sarfraz Ahmed off Wahab Riaz for 113 off 95 balls with 17 fours.

"That’s obviously an honour and privilege to be amongst the greats of the game," Warner said.

"It’s great to be out there with those guys. Hopefully I can continue with that great start and positive approach."

The only other player to post a century before lunch on the first day of a Test was Pakistan’s Majid Khan (108) against New Zealand at Karachi in 1976.

Warner’s knock eclipsed his previous fastest century at the SCG -- off 82 balls in last year’s Test against the West Indies.

Renshaw fought back from a head-rattling blow on the grille of his batting helmet from speedster Mohammad Amir on 91 to go on and claim his resilient hundred.

Renshaw also successfully overturned a leg before wicket decision to leg spinner Yasir Shah on 137 when a review showed he had edged onto his pad.

It was a timely innings for the Yorkshire-born youngster ahead of next month’s demanding four-Test tour of India where he faces a challenge for his opening spot from the fit-again and vastly more experienced Shaun Marsh.

There were precious few successes on a deflating first day for the tourists after their shattering innings defeat in last week’s second Melbourne Test to lose the series.

Usman Khawaja was put down on three by Babar Azam in the gully off Imran Khan before he too was caught behind off Riaz for 13.

Skipper Steve Smith, playing in his 50th Test, was caught behind cutting Shah for 24, his lowest score of a series in which he scored centuries in each of the first two matches.