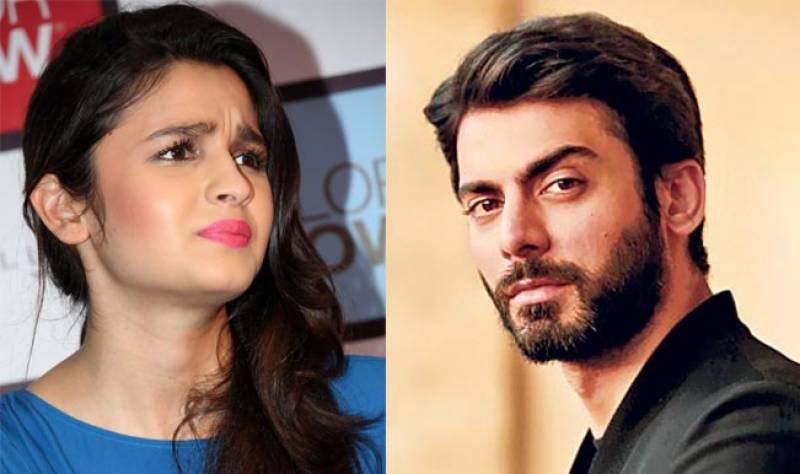 Mumbai (Web Desk): Bollywood actress Alia Bhatt has revealed that Pakistani heartthrob Fawad Khan had refused to record a lip-lock scene with her while filming for 2016 hit Kapoor & Sons.

In an interview to Deccan chronicle, Alia confirmed, "There was a kiss in the film with Fawad. When we did the scene, it was decided that we would cheat-kiss. Still, every time I would go near his face, he would flinch."

"I had to keep reassuring him I wouldn’t compromise his chastity," she added, explaining the Pakistani heartthrob declined due to his cultural backdrop.

Fawad had also refused to kiss Sonam Kapoor in Khubsoorat. He had then justified it by saying, "I didn’t want to hurt the sentiments of my core audience; I think I need to respect their feelings. A lot of my audience would be quite offended if I suddenly started losing my inhibitions."

Number of missing persons will be “zero” in next six months: ...