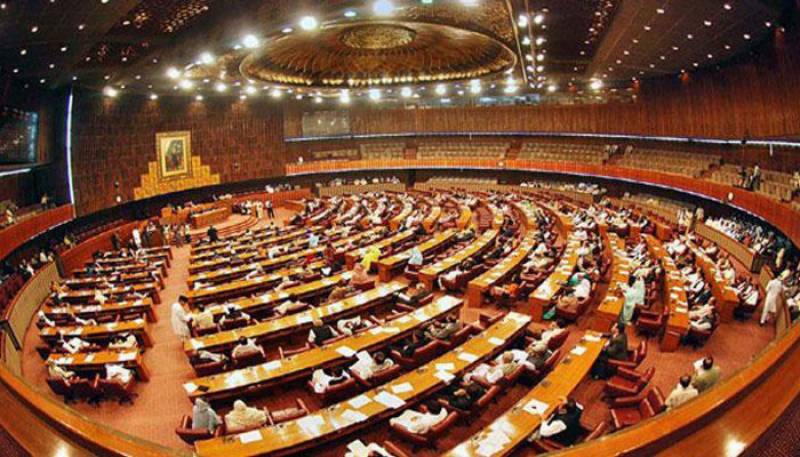 The bills are also expected to be tabled in the Senate today (Friday).

The federal cabinet, in an emergency meeting on Wednesday, had accorded its approval to amendments in the Army Act under which the prime minister will be empowered to extend the tenure of all services chiefs, including the army, air force and naval heads.

In October 2019, the Supreme Court (SC) had allowed extension/reappointment of Gen Bajwa for another six months and asked the government to determine the tenure, terms and conditions of the service of the army chief through legislation within the period of six months.

On Thursday, the federal government filed a petition in the SC, seeking a stay order against its November 28 verdict in the army chief extension of service case.

The petition requested that a stay order remain in effect until a decision on the government's review petition on the verdict has been made.

It further stated that the "balance of convenience lies in favour of the petitioners" and if the "injunction as prayed is not granted, the petitioners will suffer irreparable loss.”

The plea asked the chief justice to "constitute a larger bench comprising five judges so as to hear the review petition.”

This is the second petition filed in this high-profile case by the government.

On December 26, the law ministry had approached the top court against its detailed judgement, issued on December 16, in which the federation was ordered to legislate on the matter within six months.