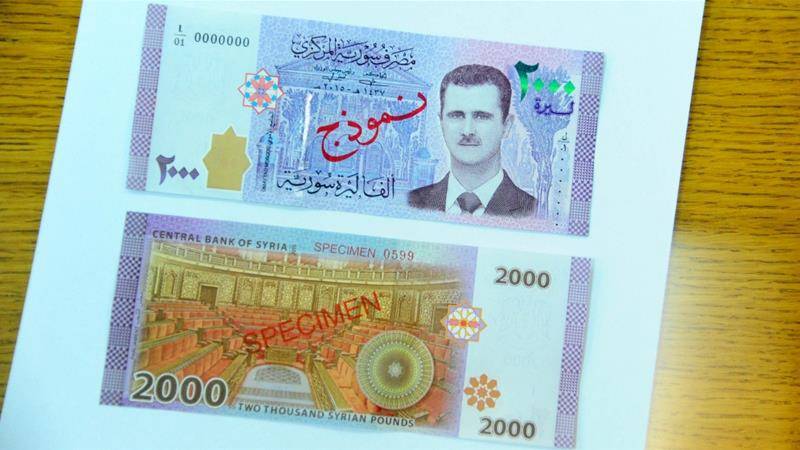 Aleppo (Web Desk): President Bashar al-Assad has appeared on the Syrian currency for the first time since taking office, with his portrait printed on a new 2,000-pound banknote ($3.9) that went into circulation, Al Jazeera reported.

Syria's Central Bank governor Duraid Durgham said the bill was one of several new notes printed years ago but the decision to put it into circulation was delayed "due to the circumstances of the war and exchange rate fluctuations".

Citing wear and tear of the existing notes, Durgham said the time was right to put the new note into circulation.

The bill featuring Assad's portrait was put into circulation "in Damascus and a number of the provinces".

The currency previously only carried images of historic icons or pictures of his father, the late President Hafez al-Assad, who appeared on coins and on an older version of the 1,000-pound note still in circulation.

Inflation has also soared, reaching an all-time high in 2013, at over 120 percent. Estimates in 2016 put the inflation rate at 50 percent.