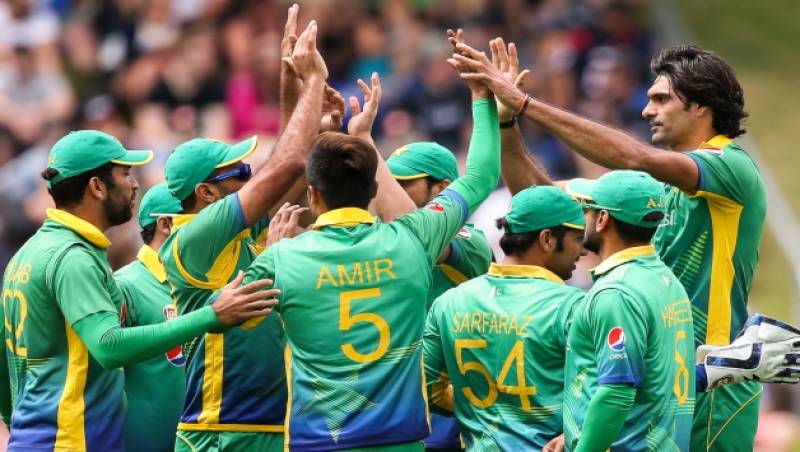 Birmingham (Staff Report): Pakistan selected twelve players for the big match against archrival India in ICC Champions Trophy 2017 which is scheduled to be played on Sunday.

The management announced 12-man team, adding two talented youngsters Fahim Ashraf and Shadab Khan. However, only one out of these two players will play in the India match.

The management have dropped Haris Sohail, Fakhar Zaman and Junaid Khan for the big battle.

Greenshirts’ batting line order will be strengthened by openers Ahmed Shehzad and Azhar Ali while Babar Azam will come at number 3.

The middle and lower middle order will feature all-rounders Muhammad Hafeez and Shoaib Malik, and then skipper/wicket-keeper Sarfraz Ahmed will come out to bat as the finisher.

Pakistan cricket team has picked pacers Wahab Riaz and Hasan Ali for bowling. All-rounder Imad Wasim will also demonstrate his bowling skills. It will be interesting to see how captain Sarfraz Ahmed switches between fast-bowlers and spinners in the overcast conditions at the Edgbaston Cricket Ground.

Sarfraz Ahmed said while talking to a press conference in Birmingham, the team is under no pressure and they will try to get out rival skipper Virat Kohli as soon as possible.

Coach Mickey Arthur also expressed his confidence in team by saying that the green shirts will play with a better combination in ICC Champions Trophy 2017 match against India.

He assured the Pakistan team is fully prepared for the mega-event.