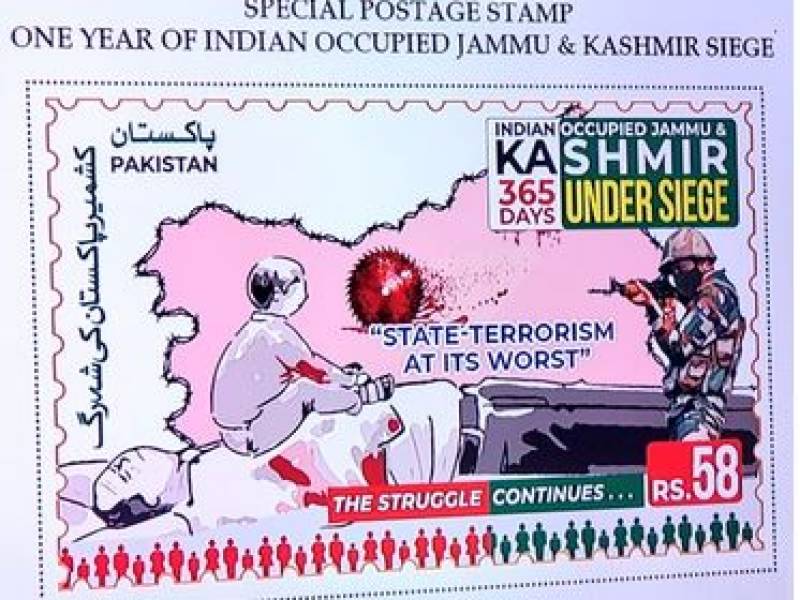 Islamabad (Web Desk): The federal government has unveiled a special postage stamp in connection with Youme-e-Istehsal, that will be observed on August 5 (Wednesday), to highlight the wave of terror unleashed by Modi-led government in Indian illegally occupied Jammu and Kashmir.

One minutes silence will be observed across the country in the morning to express solidarity with the oppressed Kashmiri people.

President Dr Arif Alvi will also lead a rally on the day while all the Chief Ministers will speak at their respective assemblies to condemn Indian brutalities on the people of held valley.

A day earlier, Minister for Information and Broadcasting Shibli Faraz said to launch the stamp is aimed at sensitising the world about the atrocities being committed in occupied territory.