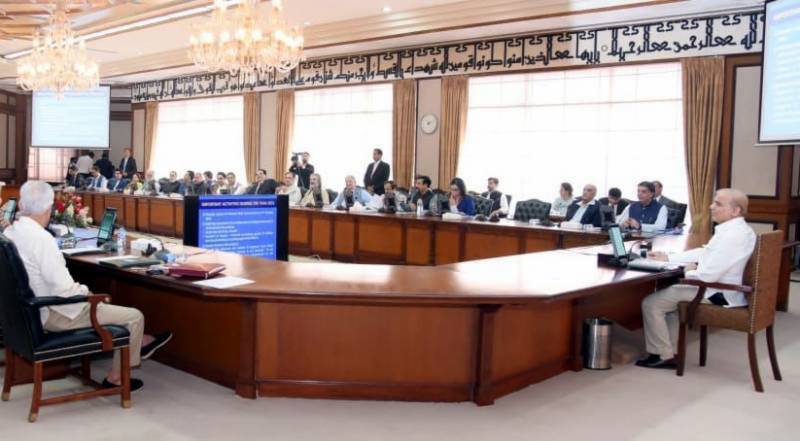 Islamabad (Web Desk): The coalition government has decided to send a declaration against the Pakistan Tehreek-e-Insaf (PTI) to the Supreme Court (SC) in light of the Election Commission of Pakistan’s (ECP) decision, which ruled that the party had indeed taken prohibited funding.

Briefing the media after the meeting of the Federal Cabinet in Islamabad on Thursday, Information Minister Marriyum Aurangzeb said that Ministry of Law and Justice, after reviewing all legal aspects, will present the declaration in next cabinet meeting.

The minister said the cabinet also directed the Federal Investigation Agency (FIA) to hold an investigation on the aspects of money laundering, fake accounts, misappropriation of funds and use of charity money.

She said representatives from State Bank of Pakistan (SBP), Federal Board of Revenue (FBR), FIA and other financial institutions will be part of investigation team.

The government’s decision comes after the electoral body, in its long-delayed verdict, had ruled that PTI had “wilfully” and “knowingly” received prohibited funding which include a number of foreign donors.

In its order, the commission also said that it was “constrained to hold that Imran Khan failed to discharge his obligations as mandated under the Pakistani statutes”.

The cabinet paid rich tribute to the martyrs who lost their lives in helicopter crash in Balochistan.

The cabinet lauded the performance of Ministry of Religious Affairs for its satisfactory Hajj arrangements.

She said the cabinet asked the NDMA to hold a comprehensive survey to assess the damages of floods.

She said the cabinet asked the Economic Affairs Division to engage international donor agencies to play their role in relief and rehabilitation of the flood affected areas of the country.

She said that the premier also directed to provide Rs1 million to the families of deceased persons.