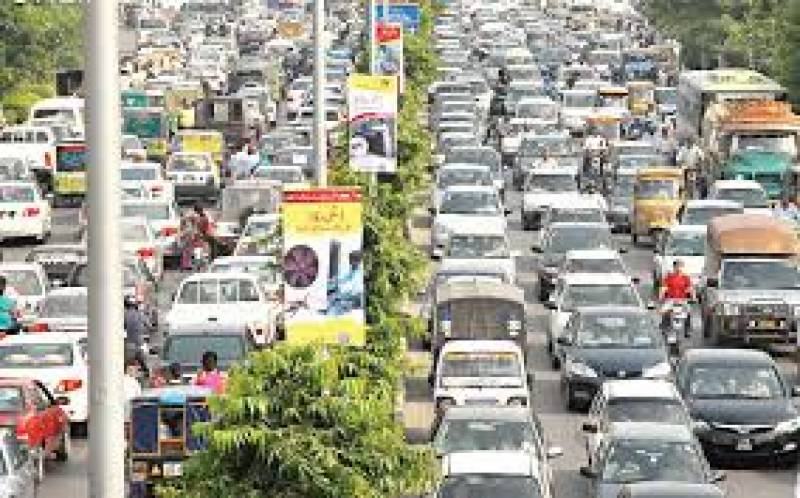 Lahore: The provincial Capital is facing one of the severest traffic jam as religious parties attempted to hold a demonstration in favour of the blasphemy law on the death anniversary of former Punjab governor Salmaan Taseer.

So far more than 150 arrests have been made further igniting the demonstrators.

Protesters belonging to the Sunni Tehreek, Tehreek-i-Khatme Nabuwat and Tehreek-i-Labbaik Ya Rasool (SAW) were among those who had planned to march from Kalma Chowk to Liberty Chowk in favour of the blasphemy law.

The provincial government, however, did not permit the holding of the rally, after which police erected blockades in different parts of Lahore to prevent a gathering.

Deputy Inspector General Operations Haider Ashraf have so far confirmed that over 150 members of the Tehreek-i-Labbaik Ya Rasool (SAW) had been arrested. He added that more arrests will be made, and that no one had permission to hold a rally in Lahore.

Main Gulberg and all arteries leading to it have been blocked from Barkat Market to Main Market and police have been heavily deployed across the city.

Residents in Lahore are facing severe traffic jams along certain routes due to the diversions.

Taseer, a former governor of Punjab and an outspoken advocate for blasphemy law reform, was gunned down by his security guard Mumtaz Qadri the same day six years ago.A pro-blasphemy law protest had also been planned for Rawalpindi today, according to reports circulating on social media.

On Taseer's death anniversary, banners proclaiming Mumtaz Qadri as a hero cropped up in various cities. The banners call people to commemorate 'Youm-i-Namoos-i-Risalat'.Nearly a year after the hanging of Qadri, a shrine is being built in his memory in Bhara Kahu, not far from the capital where he was brutally gunned down.A month after Taseer's killer was executed, a mob of pro-Qadri protesters led by the Sunni Tehreek and the Tehreek-i-Labbaik Ya Rasool (SAW) converged on the capital and besieged Islamabad's Red Zone for nearly a week.The stand-off between the government and protesters ended without a showdown after three days and several rounds of negotiations between both parties.