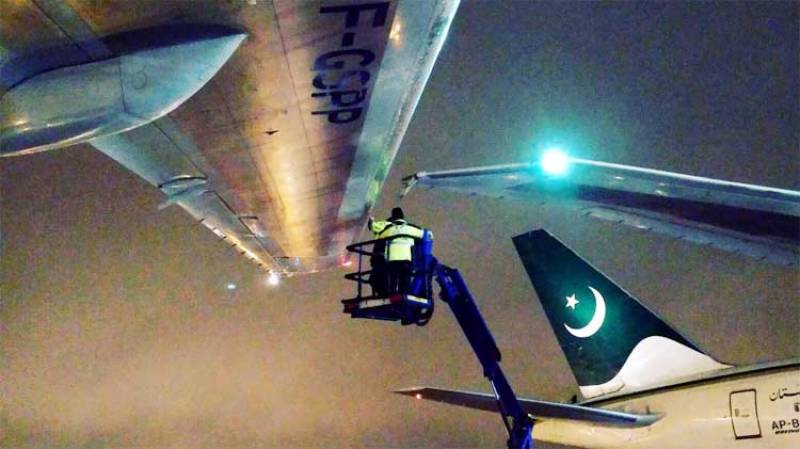 Tuesday evening reports revealed that a PIA plane which was taxiing in the runway, managed to hit a still and stationary plane belonging to Air France.

The Air France plane was lying at Terminal 3, and at around 6 PM ET, the errant PIA plane made ‘light contact’ with it.

PIA spokesperson Daniyal Gilani said that the matter is still under investigation. According to his details, some damaged equipment will need to be replaced as a result of this incident.

Speaking more on the incident and the passengers on the affected flight Daniyal Gilani said, ‘Night stop has been declared at Toronto and passengers who had checked in for Toronto-Lahore flight PK-790 have been provided hotel accommodation. All steps are being taken for making the aircraft serviceable as soon as possible.’ The extent of the damage done to both the aircrafts is still not clear. Passengers on the PIA flight were told to stay inside the plane for 45 minutes after the incident, with no reason given by the crew for the extended stay.