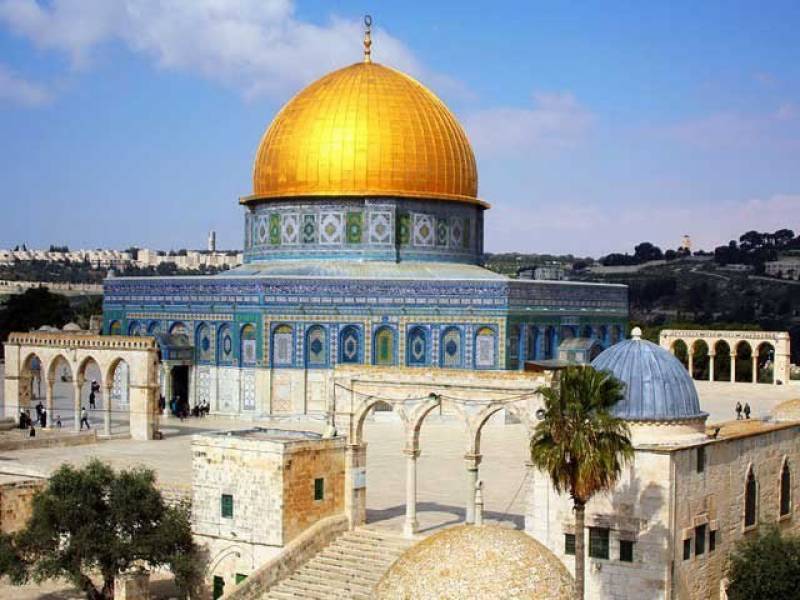 In a statement, the Foreign Office (FO) said that the Al-Aqsa is a holy site revered by Muslims around the world. Violation of its sanctity offends the religious sensitivities of Muslims and inflames an already tense situation in the occupied Palestinian territories.

"Israel must cease its illegal actions and respect the sanctity of Muslim religious sites in the occupied Palestinian territories," the statement said.

The FO reiterated Pakistan's strong support for the legitimate struggle of the Palestinian people.

"Pakistan renews its call for a viable, independent and contiguous Palestinian State, with pre-1967 borders, and Al-Quds Al-Sharif as its capital, in accordance with the relevant United Nations and OIC resolutions," the statement added.

In a statement, Saudi Foreign Ministry termed it a provocative action by the Israeli official.

The statement renewed Saudi Arabia’s firm position to stand alongside Palestinian people and to support all efforts aimed at ending the Israeli occupation of Palestine.

Moreover, the Organization of Islamic Cooperation (OIC) described the visit of Israeli minister to Al-Aqsa Mosque compound a provocation to the feelings of all Muslims and a flagrant violation of relevant international resolutions.

On the other hand, United Arab Emirates (UAE) and China have asked the UN Security Council (UNSC) to meet over recent developments at Al Aqsa mosque in Jerusalem.