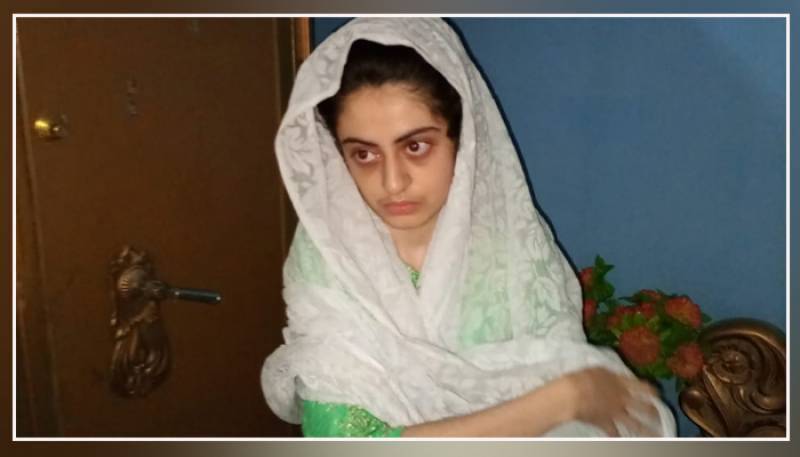 Karachi (Web Desk): A report by a ten-member medical board in Karachi has concluded that the age of Dua Zehra is 15 to 16 years old.

The teenager had gone missing from her Karachi residence in April but was later found to have married Zaheer Ahmed in Lahore,

According to the report of the medical board, the physical age of the teenager is between 14 to 15 years, while X-ray tests conducted on her teeth and bones estimate Dua's age as between 13 to 15 years old and 16 to 17 years old, respectively.

“The consensus opinion regarding the overall age of Ms Dua Zahra D/O Syed Mehdi Kazmi is between fifteen to sixteen (15-16) years, nearer to fifteen years, based on physical examination and dentition,” the report concluded.

The report has been submitted to the Sindh Health Department.

The court will hold hearing on the case on July 7.

Earlier, the lawyer representing the father of the teenager also confirmed that the medical board's report of ossification and dentition tests performed on Dua Zahra has stated her age as "nearest to 15 years".

Taking to Twitter, Kazmi's lawyer and social rights activist Jibran Nasir said that the report has negated the results of the previous medical report that declared the girl to be 16-17 years of age.

However, Dua has repeatedly claimed that she is 18 years of age and claims her marriage with Zaheer Ahmed is legitimate.

The teenager had undergone various tests on Saturday as authorities try to determine her age in line with court orders, her father’s lawyer confirmed.

The Anti-Violent Crime Cell (AVCC) took Zahra into its custody from Lahore and brought her to Karachi last week for medical tests.

On June 8, the Sindh High Court (SHC) had said that the teenager, who claims she entered into marriage with Ahmed of her own will, was free to decide her fate.

Her father Mehdi Ali Kazmi challenged the SHC order in the Supreme Court but his plea was disposed of on June 23 as it did not fall under the jurisdiction of the top court.

During the SC hearing, a three-member bench had asked the father to approach relevant forums for the formation of a medical board to ascertain Zahra’s age.

On June 25, a Karachi court ordered the formation of a medical board to determine the age of Dua Zehra, upon the insistence of her parents that she was underage.

The Sindh Health Department had formed a 10-member medical board comprising specialist doctors. The board is headed by Principal Dow Medical College, Professor Dr Saba Sohail.