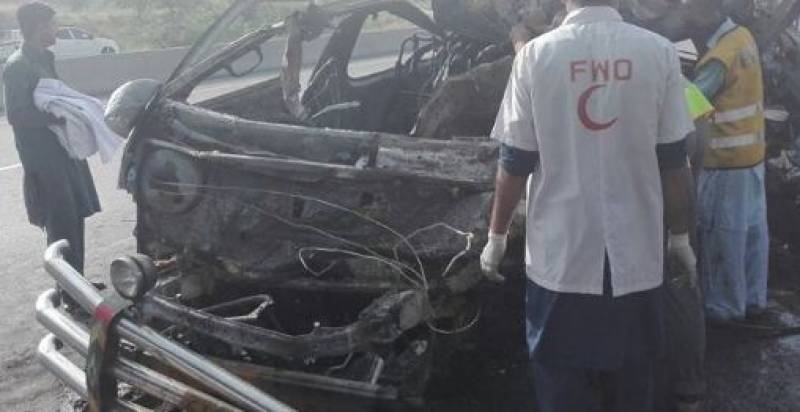 Attock (Staff Report): At least seven people were killed and four others were injured in roadside accident near Attock motorway interchange on Monday.

According to initial reports, a truck rammed into a passenger van following which the van caught fire.

Recuse teams arrived at the site and shifted the victims to the nearby hospital.

On Sunday, at least nine people including women and children were killed as a passenger van fell into a ravine on Sunday in Azad Kashmir’s Mirpur district.

The injured were shifted to District Headquarter Hospital.

During last month, more than 25 tourists were swept away and at least 12 of them were declared dead after a bridge collapsed in Neelam valley of Azad Kashmir.