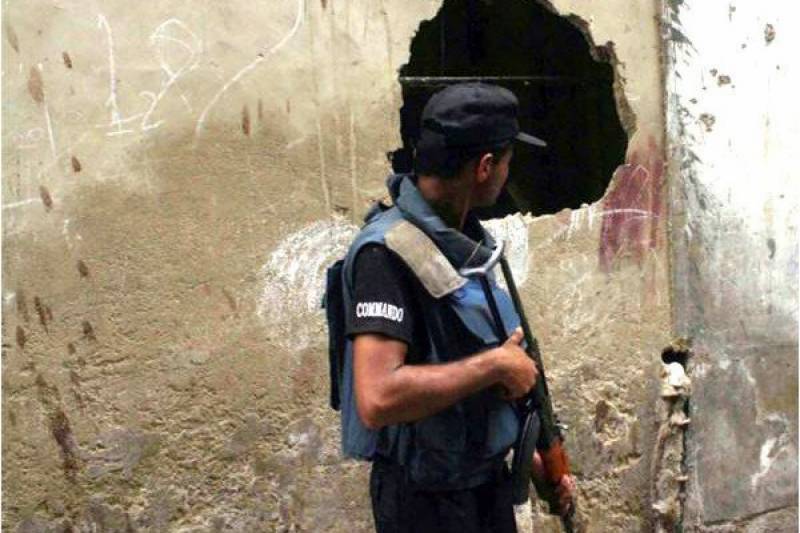 Islamabad (Staff Report): The most wanted and notorious Lyari gang war leader Ghaffar Zikri was killed in a police encounter on early morning of Thursday.

According to DIG South Javed Alam Odho, Zakri was killed along with three-year-old son and an accomplice, Chota Zahid, amid a crossfire with police in Ali Muhammad area of Karachi’s Lyari region.

Two police officials were also injured in the operation which lasted 90 minutes, the DIG added.

Odho further said the police along with law enforcement agencies conducted a search operation on a tip-off and during the operation, the gangsters fired at the police and hurled hand grenades.

“After 90 minutes, Zikri and his accomplice were killed,” Odho said and added that Zikri was using his son as a shield.

DIG South added that a sub-inspector was shot in the stomach and was admitted to hospital in critical condition whereas the other police officer was also under treatment.

After the completion of operation, Police started searching for other accomplices in the adjoining areas of Lyari.