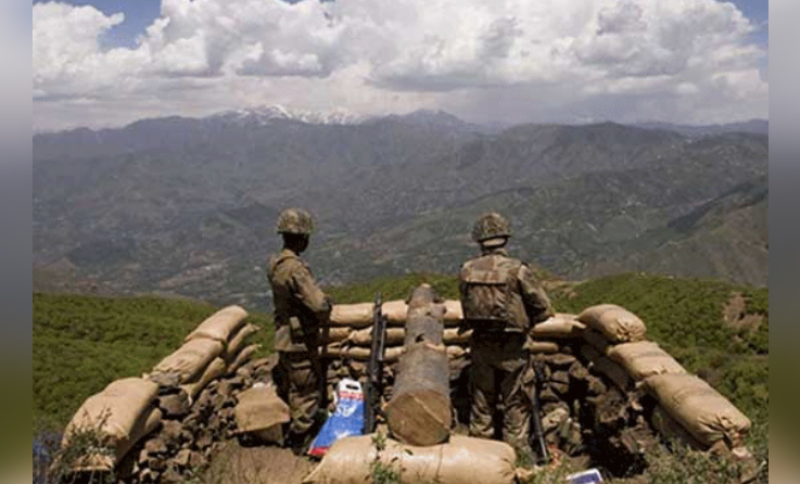 Rawalpindi (Web Desk): A Pakistan Army soldier was martyred in a terrorist attack on a check post in North Waziristan, the military's media wing said on Monday.

According to a statement issued by the Inter-Services Public Relations (ISPR), the terrorists targeted a security forces post in Ghariuom area.

An area clearance operation was in progress to eliminate any terrorists found in the area, the ISPR said.

On October 2, four Frontier Corps (FC) soldiers and a sub-inspector of Levies Force were martyred when terrorists targeted their vehicle in the Spinwam area of North Waziristan.

On September 30, Pakistan Army’s captain martyred during an intelligence-based operation (IBO) in Tank, Khyber Pakhtunkhwa, the ISPR had stated.

According to the military's media affairs wing, security forces conducted an operation after receiving information about the presence of terrorists in the area.

During the exchange of fire, Captain Sikander, who was 27-years-old and hailed from Pakpattan, was martyred, it added.

“TTP terrorist commander Khawaza din alias Sher Khan was also killed. Weapons and ammunition [were] recovered from the hideout,” the statement had read.