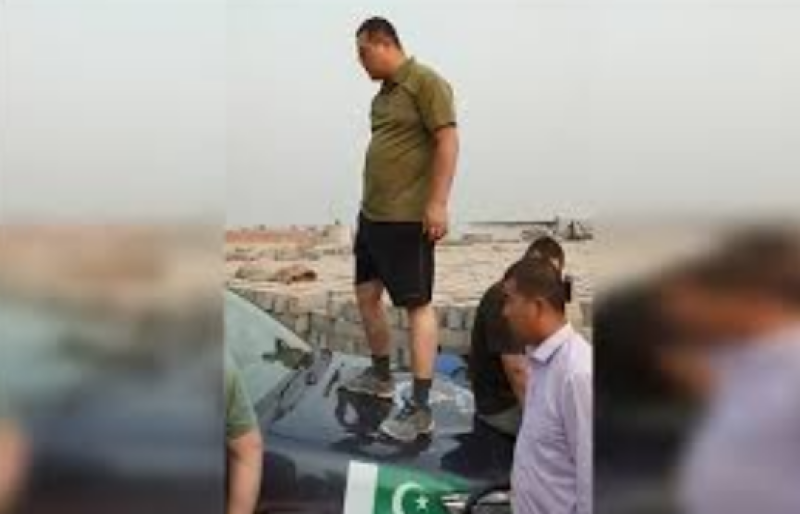 Khanewal (Web Desk): A goes viral of the Chinese workers and other staffers offended against on-duty Pakistani security officers on Wednesday and prople are reacting to the violence of Chinese against security forces.

The people are reacting on the social media condemning the Chinese entry and offend against security officers. 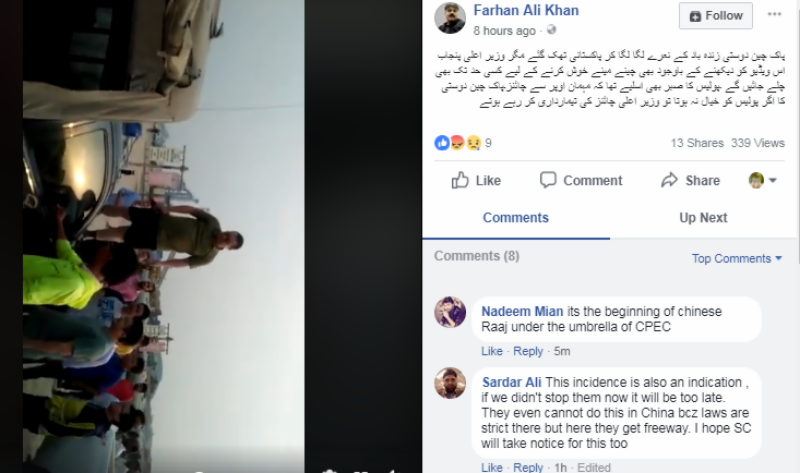 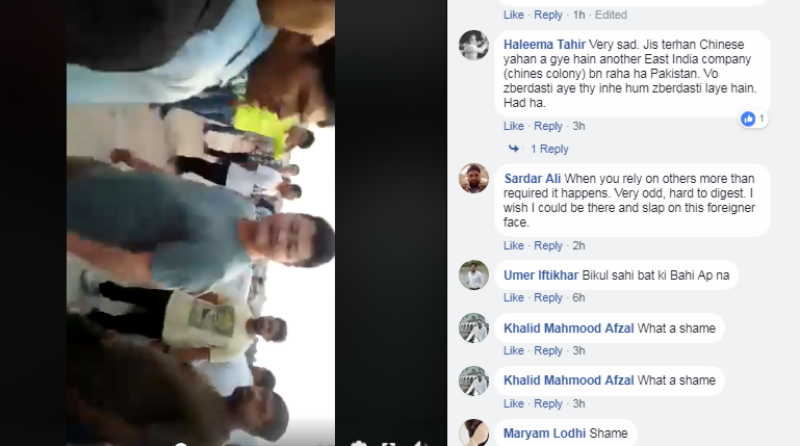 According to details, the Chinese workers were engaged in the construction of M4 Motorway from Bahawalpur to Faisalabad, attacked policemen deployed for their security after the foreign workers were barred from leaving their camp's premises without a security squad.